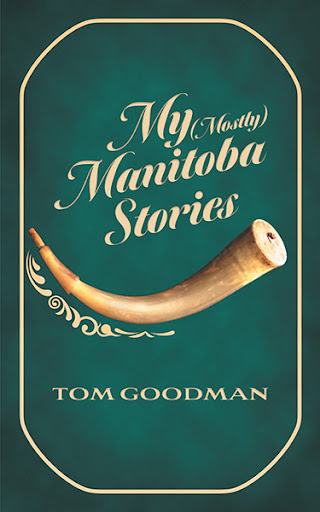 With its racial, ethnic and language diversity, Manitoba is in many resepcts the most Canadian of our Canadian provinces. My (Mostly) Manitoba Stories is a collection of short stories (mostly) set in Manitoba and spanning a timeline from the early-eighteen hundreds to the present. Politicians, lawyers, and persons of various ethnicities and backgrounds all become subjects in this unique collection.

A flamboyant lawyer and racehorse owner defends his trainer against an allegation of cheating. The life of a Winnipeg schoolteacher is disrupted when he inherits a powder horn recovered after the Battle of Seven Oaks. A Mennonite politican enjoys a successful career, but ultimately betrays the people who love him. An elderly Icelandic grandmother reveals the harsh reality of war to her grandson.

With stories of family heritage both embraced and disowned, political shenanigans, and history viewed through an unlikely lens, My (Mostly) Manitoba Stories provides an intriguing yet disconcertingly familiar picture of Manitoba.

A retired lawyer, Tom Goodman resides in Stonewall, Manitoba. His first book, a work of non-fiction entitled "Her Darling Boy, the letters of a mother, her beloved son and the heartbreaking cost of Vimy Ridge", was published in 2016. Among other distinctions, the book was featured at the Vimy Centennial Exhibition presented by the Canada War Museum. Tom has also written a novel entitled "Geordie MacMurdo Bides his Time". Tom's email address is StonewallTomAuthor@gmail.com, and you can follow him on Twitter at @StonewallTom.