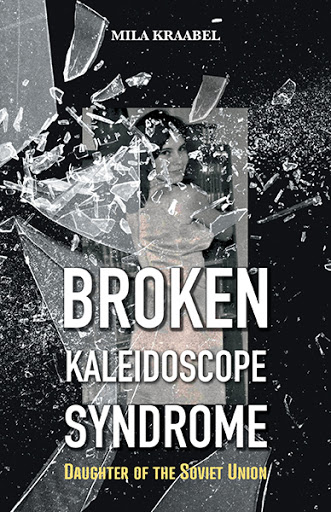 Two years after Uncle Stalin led the Soviets to victory in the Great Patriotic War, Mama brings Mila home from the delivery ward. Aunt Nastya takes one look at the baby and states her heels are too skinny, a sign she doesn’t belong to this world. Could Aunt Nastya be right? Is Mama doomed to lose her precious newborn? Eighteen months later, Mila miraculously survives one of the world’s deadliest earthquakes in Ashkhabad, the capital of the Soviet Republic of Turkmenistan. In the wake of the destruction, her family has no choice but to bury the dead and forge ahead, trusting the Great Architect of Communism will provide for them once again.

Broken Kaleidoscope Syndrome is a remarkable memoir and revelatory coming-of-age story about growing up in one of the far-flung Soviet republics in Central Asia. From beekeeping as a child in the desert and sipping her first glass of Ter-Bash, to grappling with a culture of corruption and bribery, Kraabel offers an intimate, unblinking look at life in the Motherland, where camels roam the desert and pungent aromas of melons and herbs waft in the streets. As Mila grows, she questions the ideals that fuel the communist machine, wondering whether the future is as bright as dear Uncle Stalin said.

Mila Kraabel is a writer from Turkmenistan, one of the fifteen former Soviet Socialist Republics. She lived in Ashkhabad for almost half a century before immigrating to the US. She holds a degree in English language from the Turkmen State University and is in the process of writing the story of her experience as a citizen in the newly-formed country of Turkmenistan, her escape to the US, and her struggle for survival in immigration. In her free time, she plays piano, reads, and enjoys watching sunsets over Lake Washington.