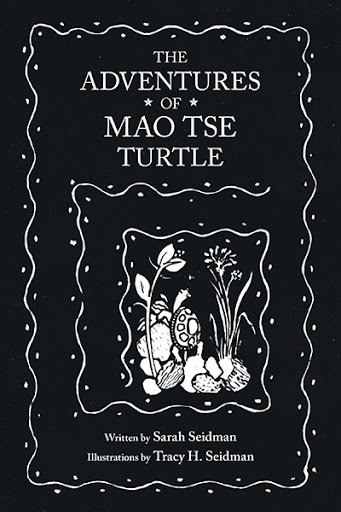 The Adventures of Mao Tse Turtle
by Sarah Seidman

The Adventures of Mao Tse Turtle is a story about the perils and pleasures of freedom. Mao ventures far from home and has neither the speed of the horse nor the strength of the tiger to protect him. Instead, he uses his hard shell and quick mind to escape his many captors and return to those he loves.

With its simple text and scratchboard illustrations, this Chinese tale will engage confident young readers and families of all ages.

English teacher, drama coach, freelance journalist, Centered Riding instructor, apple enthusiast and former farmer, Sarah Seidman's work has been published in Vermont and New England magazines and newspapers. She co-authored, with Patty Wiley, Middlesex in the Making: History and Memories of a Small Vermont Town in 2006. Her first novel, Apples and Eve, a retelling of Milton's Paradise Lost, was published in 2019.