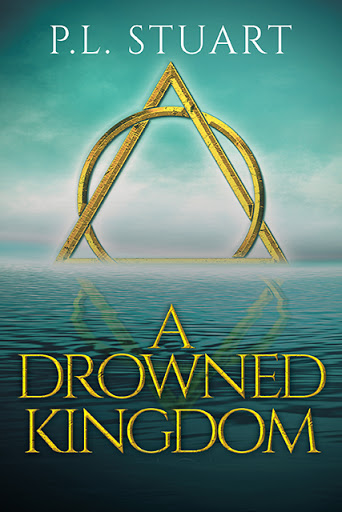 A Drowned Kingdom
by P.L. Stuart

Once Second Prince of the mightiest kingdom in the known world, Othrun now leads the last survivors of his exiled people into an uncertain future far across the Shimmering Sea from their ancestral home, now lost beneath the waves. With his Single God binding his knights to chivalric oaths, intent on wiping out idolatry and pagan worship, they will have to carve out a new kingdom on this mysterious continent―a continent that has for centuries been ravaged by warlords competing for supremacy and mages channeling the mystic powers of the elements―and unite the continent under godly rule.

With a troubled past, a cursed sword, and a mysterious spirit guiding him, Othrun means to be that ruler, and conquer all. But with kingdoms fated on the edge of spears, alliances and pagan magic, betrayal, doubt, and dangers await him at every turn. Othrun will be forced to confront the truths of all he believes in on his journey to become a king, and a legend.

When one kingdom drowns, a new one must rise in its place. So begins the saga of that kingdom, and the man who would rule it all.

A Drowned Kingdom has been nominated by our staff as one of their favorite books.