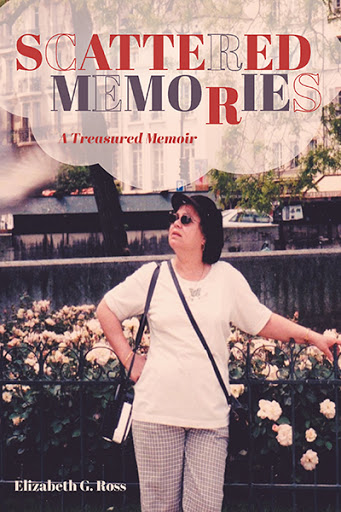 Written with much thought and clarity this autobiography conveys the author’s life and secrets revealed with boldness, courage and confidence.

Scattered Memories is primarily geared towards women of all ages who live and have lived with challenges that are a part of life beginning from early childhood and thereon. It is a memoir that deftly strikes at the heart and soul with heartrending honesty of how close it can come to happiness without finding it. A difficult path – rough and barren at times.

It is also a story of survival amidst the dreary days of an unforeseen future, a future with a past that brought with it the occasional smiles of joy while at the same time identifying “moments of darkness” with tears and fears associated with the isolation in a new country and the hardships that came with an intensity least expected.

Treasured remembrances filled with pulsating femininity and logic of a young wife and mother who began a new life in Canada fifty-plus years ago with her husband and baby, whose life since then has also enriched her with many great blessings and unshakable faith and love for God. 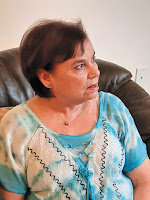 Elizabeth Greer Fonceca-Ross was born and raised in Madras, India, the third child of three daughters. She immigrated to Canada in 1970 with her husband Denzil and their baby daughter. In her late teens she was employed as a secretary in British based Companies in India. She had a flair for writing and English was her favorite subject.

She enrolled with The Institute of Children's Literature in Madison, USA in the early eighties successfully completing a course with the intention of writing childrens' stories. With the daily chores and responsibilities of life in general that didn’t happen – and yet - its happening now in a slightly different way. ‘Better late than never.’

Greer lives in North Vancouver, British Columbia, Canada with her husband and adorable, naughty little puppy whose name is Percy.