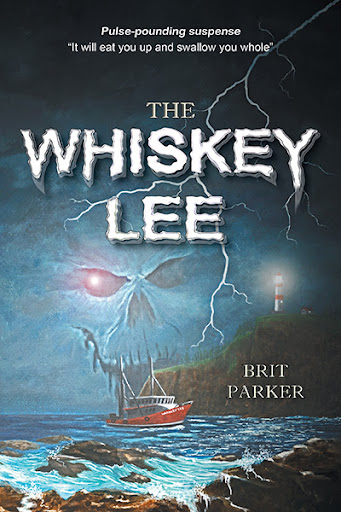 The Whiskey Lee
by Brit Parker

Prepare to plunge into dangerous waters.

A fifty-foot fishing trawler and its captain, James Karl Moreland, vanish from the waters off Barney’s Cove, Maine in 1989. Did the captain and his vessel merely succumb to the violent battering of an angry and tumultuous sea, or was there something sinister going on? Less than two weeks into an extensive land and sea search, the close-knit coastal community is plunged into terror when the murdered body of the local lighthouse keeper is found, and a young woman mysteriously falls to her death. The case remains unsolved two decades later, when scuba enthusiast and journalist Brandon Summers travels to Maine for a dive vacation in 2008. He finds himself drawn into the town’s suspicious past and a series of strange events only prompts Summers to dig deeper. Brandon becomes the target of a ruthless quest to keep the truth from emerging.

This novel will appeal to adventure-seeking adults who enjoy an exciting read; this well-crafted seafaring tale includes intrigue, action, history, romance, and the supernatural. The book is set in two different time periods, with the suspense mounting as the narrative smoothly transitions back and forth while the gripping story unfurls.

"It will eat you up and swallow you whole."

Brit Parker was born in Surrey, England and has a professional background in television. After studying Media and Journalism, Brit spent over a decade as a camera operator, working on developing news stories in Ontario and Alberta, before completing The Whiskey Lee, in 2021.

The tale of The Whiskey Lee was born out of the author’s fascination with lighthouses, interesting stories, and old ships. Time spent hanging out at the docks and around the harbor, especially when the fog rolled in, moved Brit to write this genre of novel.