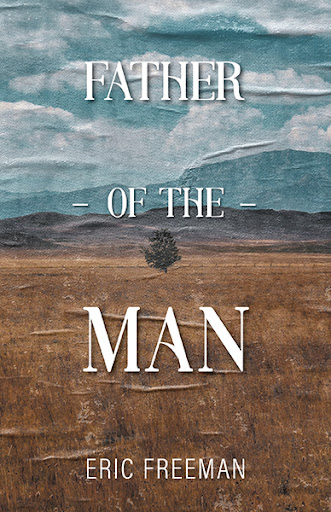 Father of the Man
by Eric Freeman

Edward Finlay recalls his life’s odyssey beginning in the 1890s on his family ranch in rural Montana. His childhood revolves around three people: his father, a cattle rancher; his mother, who is determined for her son to receive a modern education; and his best friend, a boy from the nearby Crow Indian Reservation, who introduces him to a fading warrior society. When Edward refuses to break off a teenage romance with an older woman from the reservation, his mother arranges to send Edward far away to the newly opened Stanford University.

There, the San Francisco earthquake completely changes the direction of his future. After volunteering in a U.S. Army field hospital, he decides to become a surgeon. Soon, he begins his medical career and a life filled with friendship, new love, and extraordinary adventure as he brushes with history across two continents.

Edward confronts many adversaries during his journey: dormitory bullies, traitors to the British Empire and its monarchy, and even a child psychopath. The greatest of these villains are the promoters of eugenics, which threaten his intellectually disabled son, and the Germans at Orhdruf (the first concentration camp liberated by the U.S. Army in WW2). As a son, husband, father, pioneering vascular surgeon, and veteran of two world wars, he attempts to understand the inequities of fortune and the inexplicable cruelty he encounters.

"The sections of the book that cover the world wars are intense and engaging, filled with bold descriptions of grief and loss."

Eric Freeman is a pulmonary and critical care physician who earlier served in the U.S. Navy Medical Corps. He lives in Norfolk, Virginia, with his wife. This is his first novel.