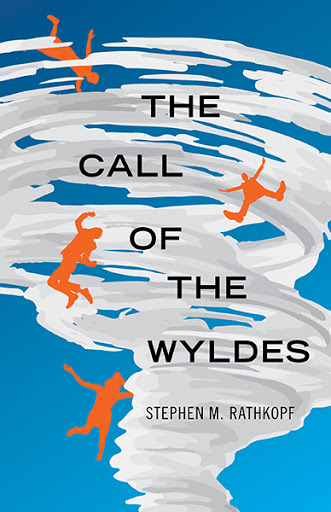 The Call of the Wyldes
by Stephen M. Rathkopf

THE CALL OF THE WYLDES is a murder mystery which explores how far people might stray to protect what they have, recover what they’ve lost or obtain what they want. It is like “Succession” but with the murder of a key family member. The Wyldes are a New York family of wealth and distinction, with a father rumored to be the next Secretary of the Treasury, a beautiful, socially prominent mother and three adult children. But secrets and turmoil roil beneath the surface, and after she hires a personal assistant and their relationship deepens, a series of events are triggered which ultimately lead to the wife’s murder. Everyone in her immediate sphere has a motive of one kind or another (greed, need, envy, revenge, love or hatred, to name a few) and the unfolding story will keep you guessing about the killer’s identity until the end.

"In Rathkopf’s debut mystery, the wife of a wealthy New York City businessman is dead, a pill bottle beside the bed—but there’s more to the death than meets the eye…. [T]his is an ambitious effort by Rathkopf with [an] entertaining plot and some neat twists. Despite the fact that it’s narrated, in part, by Simon Crandell, an aspiring crime writer with a taste for hard-boiled classics, the old school mystery plot feels more indebted to Agatha Christie’s works than Raymond Chandler’s, and more melodramatic than either. The author is clearly capable of putting together a solid, engaging story…. [F]uture mysteries from this author look promising."

"A really interesting premise and a cool main character in Simon Crandall…[T]here is an audience for this style of story telling…[A] lot of humor and style, [it will do] very well with mystery readers."

Having been a senior partner in a prominent Manhattan-based law firm, this still very busy attorney has managed to carve out time for a second successful career. His well received first novel, Law Firm Down: A Story of Greed, Envy, Sloth and Ego, published in 2018 under the pseudonym Stephen Hollevy, was, for a period of time, an Amazon Kindle best seller e-book in its category. Now, he has written The Call of the Wyldes, a murder mystery aimed to please readers of old-style, plot driven mysteries but written in a contemporary style replete with humor and edge.