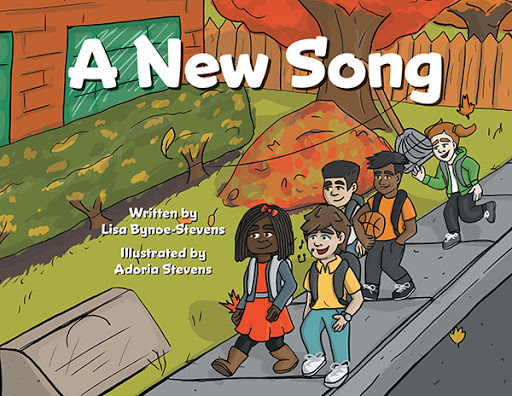 A New Song
by Lisa Bynoe-Stevens

Once upon a time, there was a little boy named Ben. Ben lived with his father, and Ben loved to sing.

But one day, a terrible thing happened–Ben’s father died. Ben was so sad that he stopped singing. How did he learn to sing again?

A New Song is a sweet, moving book that helps children understand dying, foster care and adoption, and grief.

Lisa Bynoe-Stevens has been working in the social work field in Ontario, Canada for over thirty years. In 2007, she established her counselling practice and has loved every minute of it. Over the years, Bynoe-Stevens has worked with foster and adopted children and their families. These clients inspired her to write A New Song. Bynoe-Stevens was born in Barbados, and has spent most of her life living in both Manhattan, New York, USA and Toronto, Ontario, Canada. Getting married and moving to Hamilton, Ontario allowed her to cross paths with Adoria Stevens, who is this book's illustrator. Bynoe-Stevens has a Bachelor’s degree in Applied Science from the University of Guelph, a Master’s in counselling from Tyndale University, and an adult education and training certificate from Algonquin College.