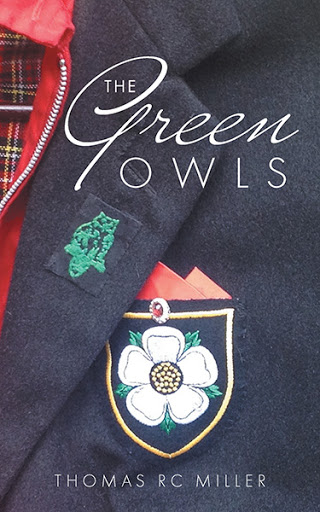 When twelve-year-old Dusty decides to shave his head and become a “Skinhead”, his mother actually approves of his new look. But it’s 1971 in Leeds, England, and the Skinhead movement is not yet one of white supremacy as it is today. For Dusty, who recently lost his father, it’s an attempt to find his place in the world and fit in on the social housing “estate” where he lives. In doing so, he finds a new “family” in the form of the Seacroft Green Owls, a local teenage gang.

Although fighting for territory and football hooliganism becomes part of his life, he also finds support, companionship, and even his first romantic encounter in the Green Owls. Dusty enjoys life in the gang along with his friends with nicknames like Duke, Cogs, Ibbo, Jonno, and Jamaica. However, things take on a darker side when a “copper” gets stabbed by a Skinhead outside a Leeds United and Manchester United football match. As the cops begin mass pickups of Skinheads, the Green Owls must find their way home, across Leeds, without taking public transportation. To do so involves evading police patrols and rival gangs and becomes a night never to be forgotten.

Although fictional, The Green Owls skillfully re-creates a fascinating time and locale when football matches often lead to street violence and UK street gangs ruled. In addition to offering an exciting, fast-paced plot, this book allows readers to immerse themselves in the slang, fashion, music, and lifestyle of a movement that still influences parts of our culture today.

Author Thomas RC Miller, was a teenager in Leeds, England in the 70’s and experienced firsthand many of the elements of culture that he describes in The Green Owls. He went on to have a military career with the UK Special Forces before moving to Canada and working in the security industry. Miller has extensively studied the Japanese Warrior Art of Ninjutsu and earned his 10th degree Black Belt and became a Master Teacher.

Today Miller lives near Sooke, BC surrounded by woods and wildlife - including raccoons, deer and several neighborhood bears that make regular visits. The Green Owls is his first book, but (due to his life experiences) he already has plans for several books to follow.