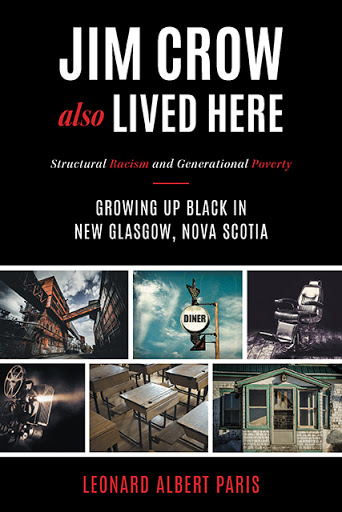 Many people believe that racism and discrimination against those of African descent was primarily an American experience. However, this book dispels that myth by recounting Leonard Albert Paris’s first eighteen years (1948–1966), growing up as a Black youth in rural Nova Scotia, Canada, a province that was at the time, home to about 36 percent of Canada’s Black population.

Structural racism, community isolation, and generational poverty affected every aspect of his life, creating challenges and misery for him, his family, and the entire Black community—an experience that continues to affect him emotionally many decades later. While not as extreme as it was during the author’s formative years, racism and its effects continue into the present. Leonard wrote Jim Crow Also Lived Here in part to create awareness of this problem and also to inspire change.

After growing up in rural Nova Scotia, Leonard Albert Paris spent forty-seven years in law enforcement, during which he often had to help people who were victimized, harassed, and treated unfairly because of their race, ethnicity, gender, or sexual orientation. This experience led him to take several courses at the University of Toronto on equity issues, diversity, inclusion, and race relations. Now retired, Leonard lives in Mississauga, Ontario, where he enjoys photography and being out in nature. This is his first book.