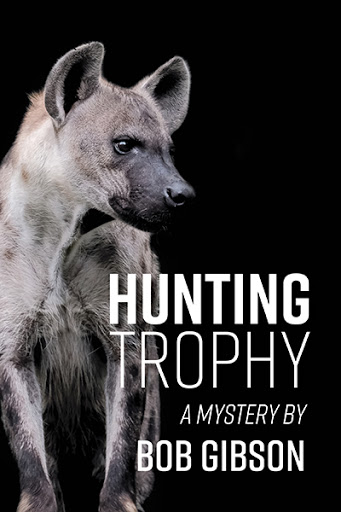 Hunting Trophy is a rollicking story of international intrigue that ventures across four continents into the worlds of espionage and witchcraft. Find here theft and murder, Mounties and big game hunting, and a whole lot of delicious scheming.

This is a barnburner of a tale. Author Bob Gibson takes his readers on a ripping journey across geography and belief systems, introducing us to a thrilling range of politics and cultures, always twisting the plot effectively throughout the adventure. 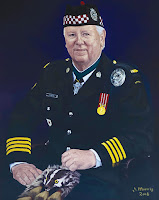 A life of big game hunting in Africa, international business deals at the highest levels, an association with the Canadian military, and the oversight of a ranch in the Okanagan Valley all led Bob Gibson to write Hunting Trophy.

Bob Gibson was born in Bentley Alberta, (pop. 800) in 1946. After a year attending the University of Alberta, he began his business career, initially as a seismic surveyor, but quickly moved on to become a district sales manager for thirty-one 7/11 stores. His greatest business success was in real estate development, where his association with the Jack Singer family took him to projects across North America and Europe. He learned sufficient Russian to conduct business there amidst the post-Soviet disorder. Gifted with an amazing mathematical ability and great insight into the character of his associates, he was a valued partner, director, and board member for several international resource and financial services companies in Calgary. He was an Honourary Colonel with the Calgary Highlanders and, having gained special admission, completed a Master of Strategic Studies at the University of Calgary in 2016. Bob was a certified offshore sailor as well as a fixed-wing and helicopter pilot, an accomplished fly-fisherman, and generous philanthropist. He was also an expert big-game hunter; many of his African experiences, as well as his inside knowledge of high-level international business practices, are reflected in Hunting Trophy. On top of all these manifold accomplishments, Bob was a successful cattleman raising purebred Angus at his beautiful Bobtail Ranch west of Penticton B.C. He died on the ranch in 2020.