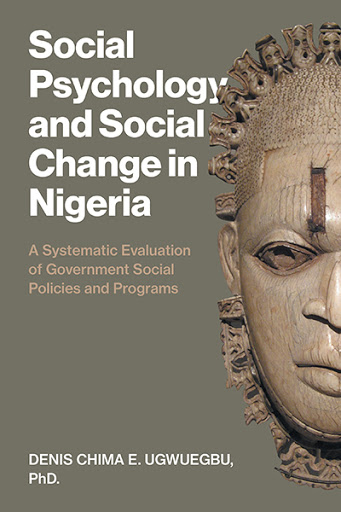 Governments in the developing nations of Africa invest much of their countries’ scarce resources in social and economic development programs, often without much evaluation of the programs or any knowledge of the potential outcomes. Social Psychology and Social Change in Nigeria offers a critical analysis and evaluation of government development social policies and programs, written by a social psychology government consultant who has been involved with such programs for over fifteen years. The analyses and evaluations are conducted using social psychology methods and techniques, including experimental and longitudinal studies, field surveys, and national opinion approaches. Programs and public policies selected for study in the book are those that are guided by social psychology theories and principles, such as the contact hypothesis, ethnic orientation, attitude, behavior and value change, social mobilization, environmental health, and strengthening the youth and women entrepreneurs' contributions to national development. It is the author’s hope that this book will be the first of many such studies, thus helping to improve the outcomes of economic development programs in Nigeria and other African nations.

Denis Chima E. Ugwuegbu is an internationally known emeritus professor of psychology. He holds an MA in industrial organizational psychology, an MA in clinical psychology, and a PhD in cognitive social and personality psychology, all of which were earned in the United States. Upon completing his education, he accepted a position at the University of Ibadan, Nigeria. There was no department of psychology at the university when Ugwuegbu arrived, following the Biafra-Nigerian war in August 1973. However within two years of his arrival, he succeeded in creating a department of psychology and became its first chair. He nurtured and mentored the staff and administrative personnel, and soon the department was awarding MSc and PhD degrees in psychology. Dr. Ugwuegbu’s greatest experience came from serving as a member of the Nigerian government’s Ministry of Information, Culture and Social Development’s Ministerial Consultative Assembly Committee and his fifteen years of consulting for the ministry. During that time, he held several seminars for the Ministry of Information Culture and their counterparts at the state level on how to collect, analyze, and interpret data gathered from the population and how to make decisions based on that information. With over 250 highly regarded publications, many of them in social psychology and social and economic development journals, Dr. Ugwuegbu is an honored member of Cambridge Who’s Who and a member of the New York Academy of Sciences, the American Psychological Association, the International Society of Psychologists, and the Nigerian Psychological Association.