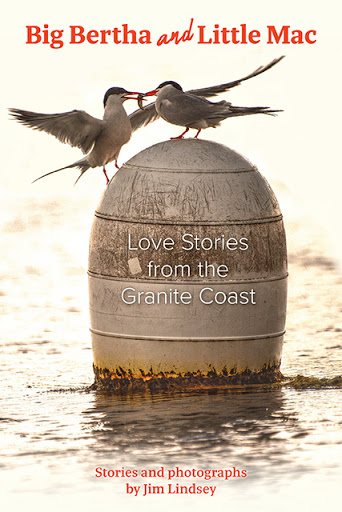 “But his fear fell away and his ultimate belief in her was justified when the sun broke through the clouds at the horizon and turned everything they saw to gold, gold, gold . . .”

Little Mac used to be known as Mac the Knife and his brain works hard to forget why. One night he finds himself dancing and the big woman in his arms turns out to be the one who makes him whole again. The one who makes his world speed up and slow down when it needs to. The one who gives him a daughter, the one who helps him remember and forget. Big Bertha makes sense when nothing else does.

A rocky coastline known for its shipwrecks, a frigid sea, and overshadowing oblivion are pitted against a little band of warm hearts that don't know what it means to give up on each other—and don't intend to learn. Warm hearts that know where there is love there is selflessness. That there is courage through adversity. That there is ordinary magic and gentleness in living and a gentle fearlessness in death.

Big Bertha and Little Mac: Love Stories from the Granite Coast slows the world down to the infectiousness of love that spreads over generations. This heartfelt, slow-moving story matched with stunning photography from the seacoast of Nova Scotia asks the question: what do you do when you have nothing to rely on but love?

Author and photographer Jim Lindsey has an MA in Creative Writing from Boston University and was a fellow at the Provincetown Fine Arts Work Center. He worked as a journalist, technical writer, and online educator before retiring. Lindsey has lived in the seaside village of Prospect, Nova Scotia for 25 years.

His first book, In Lieu of Mecca, was runner-up for the United States Poetry Award. His novel The Flaw in the Fabric was nominated for the 2012 Global eBook Awards, and he’s published short stories with various literary magazines including the Antioch Review. In 1978, as a reporter for the Sherman Democrat, a Texas paper, he won an award for investigative journalism.

Lindsey’s photography is for sale at www.granitecoast.ca.