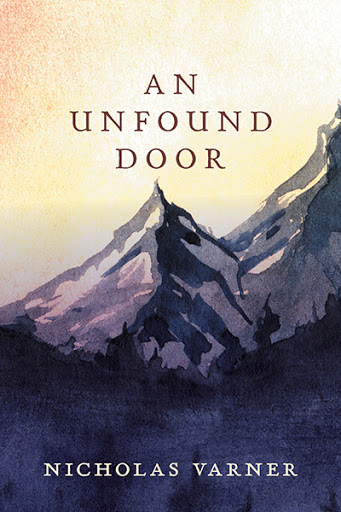 An Unfound Door
by Nicholas Varner

In An Unfound Door, Gabe evolves from a shy, sickly loner to a thoughtful, empathetic young man as he makes his way through the turbulence of 1960s America, beginning a quest to understand the purpose of his existence and the mystery of his recurring dream. His journey takes him along winding mountain trails and on hitchhiking adventures far into Canada. He experiences love and loss, finding wisdom and friendship in the words of a Chinese shop owner, a Blackfoot elder, an imam, and an old widower the locals call Tommy Trashcan. His path eventually merges with that of his best friend, Manolo, and together they search for answers in the confused and chaotic sixties, encountering a mysterious biblical hitchhiker who saves them from a dangerous situation. At last, the meaning of Gabe’s recurring dream becomes clear, as he and Manolo walk a path together into a new world.

Nicholas Varner lived through many of the events he describes in An Unfound Door. Indeed, the book began as a memoir of his late adolescence. During his coaching and teaching career, he mentored international refugees with a wide variety of spiritual beliefs and his book is heavily influenced by lessons he learned from them. He enjoyed a long career teaching English and math to at-risk high school students and coaching high school and junior college track and cross country in Tucson, Arizona. Several years ago, he and his wife, Kate, and their two dogs—Bjorn, a 130-pound Alaskan Malamute and Betty, a geriatric Australian Cattle Dog—moved to the ponderosa-covered mountains of southern New Mexico, surrounded by Gila National Forest and its ribbons of hiking trails. He began the novel soon after the move and still coaches track privately to a few select athletes, one of whom is the current Afghan national 800-meter record holder.