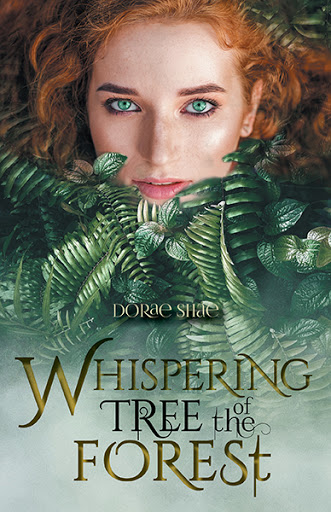 Whispering Tree of the Forest
by Dorae Shae

When ambitious young Clancy Calhoun leaves his small town in Ireland to start a new life in West Virginia, his world collides with the beautiful and mysterious Rowan O’Reilly aboard the ship to America. Banished from her hometown by a priest and sent away to marry a man she has never met, Rowan is hiding a painful secret, and Clancy puts his dreams at risk to help her. Alone together in a strange new country, they must evade the violent and determined criminal she was meant to marry in order to begin a new life free from the pasts that haunt them.

"In Dorae Shae’s moving historical novel Whispering Tree of the Forest, two immigrants learn about justice, forgiveness, and courage while they’re on the run. Rowan and Clancy’s world is ethereal, almost otherworldly; both their sea voyage and Clancy’s inherited land in the forests of West Virginia are described in terms that draw on Irish folklore, making them seem timeless.

Rowan and Clancy’s love story is engaging. Their loneliness dissipates as they find comfort in each other. Theirs is a happy partnership despite all that they face. Rowan’s own story is interesting and satisfying, and her pursuit of justice, despite the fear and trauma she’s endured, leads to triumph, if her belief in forgiveness is equal parts admirable and troubling.

In the touching historical romance Whispering Tree of the Forest, a woman faces her demons in a new land and finds true love."

A retired real-estate agent, Dorae Shae lived and worked on farms in Breton, Alberta, for over thirty years. Writing always took second seat to her country life and career, and she is excited to now have the time to write full time and bring more stories to life. Dorae published her previous book of three novellas, Restless Secrets, in 2017, and her novel The Spirit of the Autumn Wind in 2019. She lives with her husband of forty-seven years and their dachshund named Tex in Leduc, Alberta.