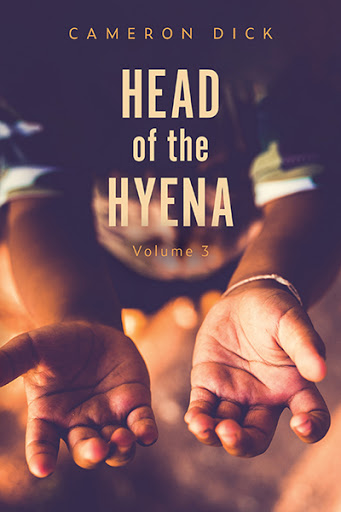 Head of the Hyena
Volume 3
by Cameron Dick

In Volume 3 of the series, Cameron reaches a crossroads. He may have found his footing in the classroom, but the legacies of previous interns and European settlers continue to influence local perception of him. To escape the subtle intrigue of village life, Cameron seeks solace in fresh encounters on the road. On the white sand beaches of Mombasa, a drunken colonialist raves about the past. A young boy from a neighbouring village leads him to a pond that is home to the devil. When an outspoken newcomer arrives in Wikondiek and decides to stay, he and Sabina at last find a reason to put their differences aside.