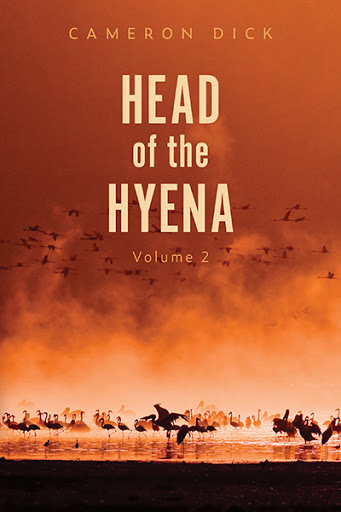 Head of the Hyena
Volume 2
by Cameron Dick

In Volume 2 of the series, Cameron begins to settle into village life, but every day brings new challenges. Many of his students are malnourished but still manage to run roughshod over him, especially when he is stricken with a mysterious illness. He and Sabina continue to butt heads whenever they leave Wikondiek, braving rattletrap bus and bandit-patrolled roads. In the heart of Africa’s largest urban slum, they meet a young slum-dwelling philosopher who pours out his heart over the purity of ideas. During a soccer match in Nairobi, they are swept up in a clash between hooligans and the army. A solo weekend with a captivating stranger on the edge of Lake Naivasha leaves Cameron utterly bewildered.