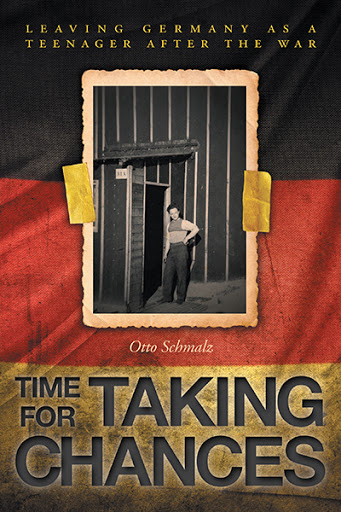 Time for Taking Chances: Leaving Germany as a Teenager after the War is an intimate account of a profound transition undertaken by a nineteen-year-old German boy immigrating to Canada in 1951 who saw no hope for his bombed-out country ever getting back on its feet. At the Canadian consulate in Hannover, in whose dramatic ruins he’d lived for six years after the Second World War, Otto Schmalz learned of the possibility for another chance.

Canada, way out there on the other side of the Atlantic, needed electricians like him, they told him. His skills in this trade would allow him to immigrate. But after he arrived in a camp outside Montréal, Otto immediately felt cheated. Penniless, without a job, with no relatives or grasp of the language, this teenage immigrant realized the chance he’d taken in coming to Canada would be followed up with a whole lot more chance-taking, much of it in the company of other immigrants, whose help and friendship were always invaluable.

Here is the immigrant’s story, a story that many people have experienced, and many more will.

Otto Schmalz lived in Germany during the Nazi era. The hard times he experienced as a child during the war and living amongst the ruins of his hometown, Hannover, gave him the courage to leave his homeland in 1951, and immigrate to Canada. With only $5 in his pocket and not much else, Otto came to a country where he had no job and didn’t know the languages. But he worked hard and successfully built a life in Canada.

Otto’s daughter encouraged him to write his memoirs, and Time for Taking Chances: Leaving Germany as a Teenager after the War is his third book in a series. He published As the Bombs Fell in 2018 and Out of the Ruins in 2019. Time for Taking Chances ends when the author is twenty-four years old—and so he’s still writing.

Otto lives as a retired electrical engineer in Ottawa, Canada with his wife, Gertrud.