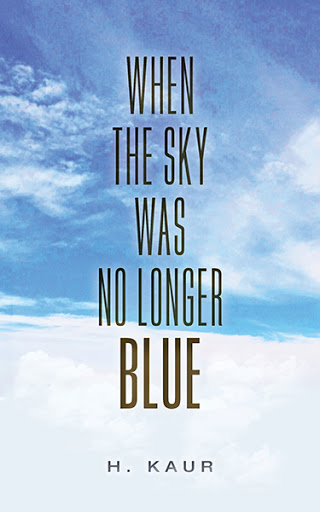 When The Sky Was No Longer Blue
by H. Kaur

A work of fiction drawn from true events, When the Sky Was No Longer Blue is a shattering account of three generations' response to one of humanity’s most devastating crimes, a tale of unspeakable terror that culminates in a universal message and an important call for prevention.

The past bleeds into the present for Jeet, a survivor of a brutal genocide who, decades later, is still tormented by it regularly. It is a past from which injustice still bellows, a past in which human rights and humanity were deeply buried, a past more terrible than most of us could contemplate. Through her enduring nightmares and memories, we embark on a journey of survival with Jeet, who is now a grandmother spending the summer with her beloved grandchildren, Rinny and Raj. Over its course, the teenagers come face to face with their grandmother’s truth and the family history she’s kept hidden from them. Jeet decides to share her experience only after much tortured contemplation, shedding her long-held conviction that shielding future generations from the cruelty was best. With this choice, Jeet reconciles with her past, and Rinny and Raj help her to heal. Along the way, they delve into the topic of genocides and preventing mass atrocities against humanity.

H. Kaur lives with her family in Toronto. Born and raised in England, she immigrated to Canada and completed a B.A. (Hons) with a Distinction in History and Political Science at the University of Toronto. As an undergraduate student, she learned about various devastating acts of genocide. Also as a teenager, she read Anne Frank’s diary and pondered how people become apathetic to human rights, devoid of compassion, empathy and humanity. She has often wondered why society throughout history, did not prevent or stop mass atrocities from occurring again, and again.

The genocide that inspired the author to write When the Sky Was No Longer Blue took place in the 1980s. The book is the product of interviews with people who knew of survivors and their stories, and of written testimonies about what the survivors endured. Seeing a rise in hate globally, she felt it was time to share this story and showcase how we all can learn from history.