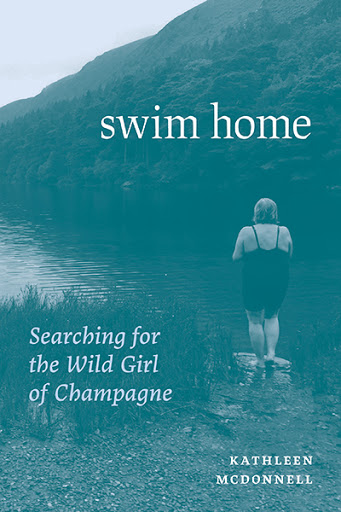 In September 1731, a feral child emerged from the woods in the Champagne region of France. Clothed in animal skins, with matted, unkempt hair, and wielding a small club, she ran like a hare, climbed trees like a cat, and ate leaves and raw meat. But who was Memmie LeBlanc? Where had she come from? How had she survived on her own in the wild? From the very first, mystery and controversy swirled around her and it still rages, as playwright Kathleen McDonnell discovers nearly three centuries later, when she begins researching the Wild Girl for a play. On a journey from the vineyards of France, to a Native-run casino in the American heartland of Iowa, and back to the catacombs of Paris, McDonnell begins to feel she’s living in a detective novel with bizarre, comic twists, startling revelations, and a colorful cast of characters; a librarian, a small-town mayor, a champagne vigneron, a surgeon-turned-amateur-historian, an Australian journalist, a feminist professor—a group spanning three continents.

Driven by a strong sense of kinship with the tragic Memmie LeBlanc—especially their shared love of cold-water swimming–McDonnell works for years writing an honor-winning historical play, but comes to realize there is another story begging to be told, involving academic rivalries, disappearing websites, small-town politics, and dark, brutal Canadian history. Swim Home is the fascinating result.

Award-winning author and playwright Kathleen McDonnell takes the reader on a quest to unravel a 300-year-old mystery, and restore to history the remarkable life of Marie-Angelique LeBlanc, the woman known as the Wild Girl of Champagne. This book is an odyssey full of twists and turns, ranging from 18th-century Quebec, to a Champagne winery in an ancient French chateau, to the cornfields of Iowa. There McDonnell finds the present-day members of Marie-Angelique's Nation, and in the process uncovers a truth about her own family roots.

Kathleen McDonnell grew up in Chicago, Illinois, the second youngest of nine siblings in an Irish-Catholic family. She has lived in Canada for all of her adult life and graduated with a BA from the University of Toronto. She is the author of nine books and more than a dozen plays, which have had award-winning productions in Canada and the United States. Kathleen has been Playwright-in-Residence at Youtheatre in Montreal and Young People’s Theatre in Toronto. She has also been a journalist and radio commentator and does a fair bit of teaching and public speaking. As befits a passionate swimmer, McDonnell lives on an island; Toronto Island, a unique, vibrant, mostly car-free community a ten-minute ferry ride from downtown Toronto where she and her life partner Alec raised their two daughters, Martha and Ivy.