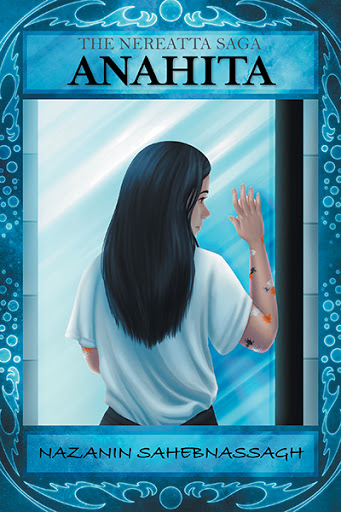 After a simple farmer finds a dead little girl who’s been mystically resurrected in front of his eyes, he can have no way of knowing that she has unique powers… something the lost little girl doesn’t know either. Years later, that little girl, Anahita, now in command of magical new abilities, arrives in the city of Onega in search of her real family. But Onega is right in the midst of a violent revolution, and Anahita immediately finds her fortunes tied up with Sanarya and Leroy, two young people who have been propelled underwater in a terrible accident. As the three new friends team-up to try to learn who Anahita really is, they embark on a perilous quest that uncovers layers of treachery, conspiracy, mystery, and magic that threaten to overturn everything they ever believed as true.

In wildly imaginative fashion, with heart-stopping stakes and pace, the young-adult fantasy Anahita, the first published book in The Nereatta Saga series, thrillingly explores the idea of home and the search for its meaning.

“Mother has four: Air, Earth, Water, and Fire. To each, three sisters, one on their own.”

“My name – I’ve had plenty of those. My favourite person called me Shuĭ – but she died when I was little. I don’t use that name anymore – let’s just say I’m taking a break from having a name.”

“There are stupid rules set for us and we’re expected to follow them without a question because three pairs of men and women in formal suits think it’s better for us. We don’t have to follow what they say at every cost. Honestly, it is always necessary to break a few rules to fix something much grander.”

“I’m glad someone around here is doing something worth believing in.”

When Nazanin Sahebnassagh immigrated to Canada with her family as a girl of fifteen, “home” became an ever-shifting concept that often left her feeling buffeted between two worlds. It was around that time that an idea involving four sisters, each possessing the power of one of the four elements of air, earth, water and fire, took up residence in her mind. The sisters have stayed with her ever since, and now one of them, Anahita, has come to life in this book.

Nazanin has a Bachelor of Arts in World Literature from Simon Fraser University and a Master of Fine Arts in Creative Writing from the University of British Columbia. Her current home is now a paradise she shares in Vancouver with her partner in life and crime.