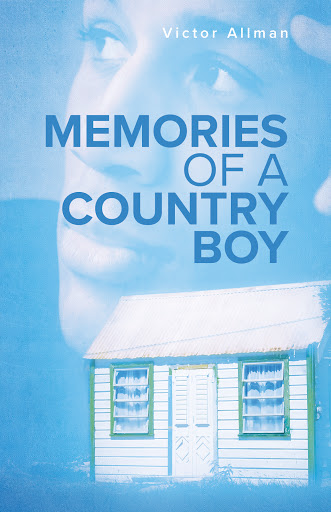 Memories of A Country Boy
by Victor Allman

You are the creator of your destiny.

With these words, Victor Allman sums up his life story. This book tells of the many challenges he encountered and how he dealt with them. Allman proceeds from the view that all challenges are surmountable if you are goal-driven and results-oriented.

Born in Barbados, Allman’s goal was to become a lawyer, his grandmother’s dying wish. A winding road, replete with fascinating detours, took him into teaching, and then into the Royal Barbados Police Force and international athletics, ultimately leading to further education and a long career in Canada.

"Memories of A Country Boy by Victor C. Allman, RPN,BA, DPA, MA. was fresh unpretentious and reflects the light-hearted way Victor takes on his experiences. I just could not put it down as I could relate to so much in his sincere, detailed, yet concise autobiography."

Victor C. Allman holds an RPN (Registered Psychiatric Nursing), and also a BA in Economics and Political Science from the University of Saskatchewan, a postgraduate diploma (DPA), and an MA in Public Administration from Carleton University. He is a retired athlete, having represented the Royal Barbados Police Force in international track events. He coached soccer during his time in Ottawa, and his team, The Gloucester Hornets (Bantam Division) won silver and gold medals in international competition. He also coached two successful track clubs in Winnipeg, Manitoba (the Assiniboine and Lions Track Clubs).

Allman had a long and storied career in the Canadian Public Service. He is now retired and living with his daughter in Brampton, Ontario.