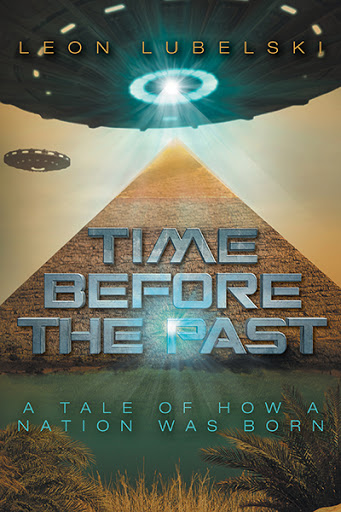 When powerful extraterrestrial beings establish life on Zera2, little do they know that they’re guiding the extraordinary birth of the Jewish nation.

Journey through the ages of a nation destined to outlive all others, as advanced technology interfaces with the distant past in this biblical fantasy. MM26, an extraterrestrial supreme being, analogous to God, forges the path taken by the Sons of Jacob to become an immortal nation—one that plays an integral role in the development of civilization on Zera2.

Time Before the Past opens the reader’s mind to unorthodox and fantastic interpretations of the Pentateuch and unproven explanations of some of the world's mysteries. No matter how you spin it, the path and the destination remain the same. If we are created in His image, maybe the divine powers reside within the collective “us.”

Leon Lubelski would search the Bible, looking for clues of extraterrestrial presence. His primary and secondary education was in Hebrew, the language closest to the Bible’s “original” version, if there is such a thing. Comparing the Hebrew version to different English translations, and studying various interpretations and ideas of writers much smarter than himself gave him the incentive to write a biblical fantasy tale.

Leon is a retired architect, living in Toronto with his wife. The Lubelskis enjoy spending time, almost daily, with the families of their son and daughter, along with their four grandchildren.