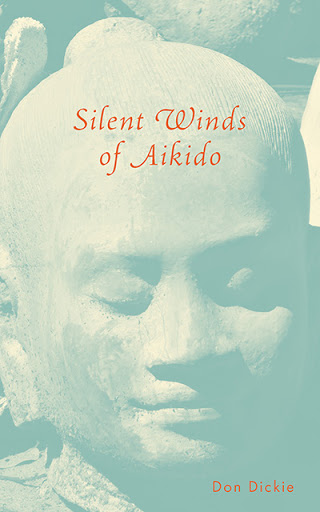 The ‘Silent Winds’ refers to the stillness and internal silence at the centre of all Aikido techniques. The silence is infused with awareness – awareness of the space surrounding you, awareness of the internal landscape of thoughts and emotions, and awareness of the technique you are performing. This silence nurtures the intuition that guides the choices you make with respect to technique and movement in general.

The stillness and silence of Aikido allow techniques to flow seamlessly and effortlessly as intuitive choices replace the slower process of conceptual thought. However, the need for awareness and intuition in martial arts relies on the basic martial principles that form the foundation of the physical practice. Appropriate distance, alignment and timing of strikes are critical. If there are no credible strikes then the need for awareness of what is happening in the space surrounding the nage diminishes, as does the need for internal awareness of thoughts or emotions. Without the threat of a sudden strike, there is no need to make a split-second intuitive choice.

This book is about the silent skill sets that translate from the mats to our life off the mats. It is these skills that are important to building a more peaceful world. Rather than technique, the focus is on ‘how’ we practice. How we develop awareness of the space that surrounds us and find stillness in the waterfall of thoughts and emotions that cascade through our heads while we practice. How we create new techniques in response to changing conditions and how the use of intuition can guide our practice and our interaction with people in our daily lives.

Don Dickie has been practicing Aikido since 1980 and has been the Chief Instructor of the Ottawa Aikikai since 1990. He holds the teaching rank of Shihan (Master Instructor) and the rank of 6th Dan. He also holds a 3rd Dan rank in Tae Kwon Do. He follows a daily meditation practice as a practicing Buddhist. Professionally, he holds a PhD in statistics and measurement, an MSc and BSc in Kinesiology, and a BSc in Cognitive Psychology. His kinesiology and psychology backgrounds have influenced how he teaches Aikido.

Don lives in Gatineau, Quebec, across the Ottawa River from Ottawa. Every morning during his meditation, he looks out upon the Ottawa River and enjoys the serenity of the river and his gardens. He shares his life with a wonderful husband, shaman, and tantrika, Roger, and their long-haired, silver tabby cat Davie.