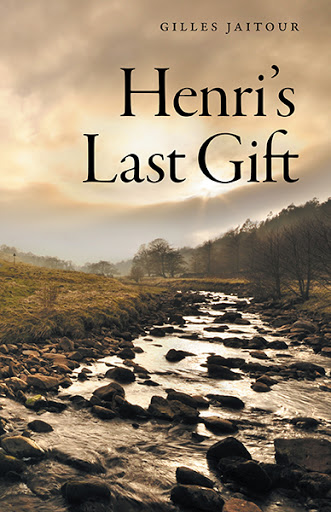 Something terrible happened when Josh Bencet was ten yours old, and it’s left him guarded, repressed, and unable to share—even with his beloved wife, Jackie, or Henri, his de facto father. But when Henri is dying and asks Josh to take care of his things, Josh’s attempt to comply causes a massive, unexpected reaction, which leaves him comatose.

For two weeks, Josh withdraws into a dream state that no one can penetrate—a world where ghosts invade his consciousness and the past is his only contact with reality. It’s a voyage of visions in a dimension only frequented in dreams and fantasy, where time and space are like a child’s playthings—mutable, manageable, and infinitely elastic.

With cinematic visuals, great heart, and wildly creative imagination, Henri’s Last Gift is not only a moving story about a man who changes from being emotionally shut-down to becoming ready to seize all life has to offer—it’s a highly entertaining, intellectually-engaging reflection on life’s deeper meanings. It will appeal to anyone with an open mind and an interest in the unusual.

“… interactions with his parents are conveyed in intimate, subtle terms … the descriptions of AfterL are entertaining and imaginative …Henri’s Last Gift, [is] a playful psychological novel that reframes life’s hardest moments as opportunities for healing.”

"Jaitour’s take on life after death is detailed and refreshing. A fascinating novel about a much-talked-about but little-known subject."

Many of Gilles Jaitour’s childhood experiences mirror those of his protagonist, Josh Bencet, including being mentored by a kind immigrant from Holland.

Jaitour has an Honours BSC in Psychology, an MBA, and a certificate in Human Resources from the University of Toronto, plus one in publishing from Ryerson University.

He believes a good book should educate and entertain. He kept this in mind in writing Henri’s Last Gift.

Jaitour lives in Victoria, BC with his wife, Susan. His daughter, son-in-law, and two grandchildren live nearby. His son is in Ontario.

Henri's Last Gift has been nominated by our staff as one of their favorite books.