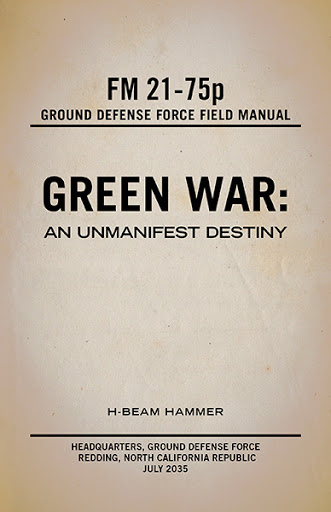 By the year 2027, on the North American landmass, East of the Mississippi River, a new government had risen in Philadelphia, bringing stability back to everyplace it had touched. This entity became known as the Restored American Federal Government, called the AmFeds for short. Their president dreamed of a new Manifest Destiny that would reunite the continent as the first step in the implementation of Terran Society. The UNWO provided much support in their reunification quest.

The Federation of Western Territories is in the process of something similar. The fundamental difference being the FWT citizens are free and enjoy wide liberties as a result of the retention and expansion of the Right to Keep and Bear Arms; a condition that is not permitted in the Terran Society

With war imminent, the North California Republic has re-activated the LRBP for their war mission. Once again, on the sharp edge in a conflict, the likes of which has never been seen on the North American landmass.

Not An Easy Time.