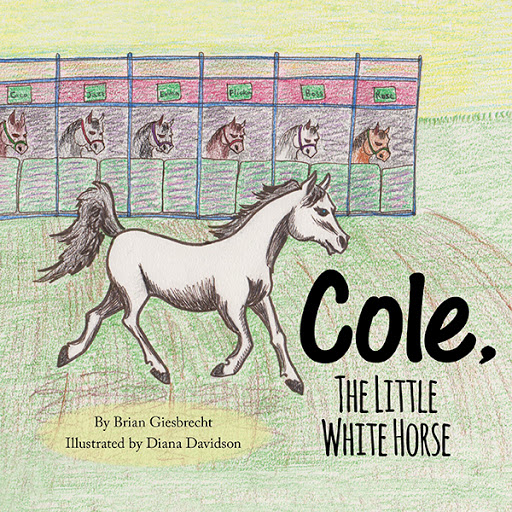 This is the story of Cole - a little white horse - and Sally, the girl who loved him. The story starts with how they met, how they grew to love each other, and then how they managed to get through a rather scary adventure together. The story comes to an end - as all stories do - but Sally and Cole were both better for having met.

Although this is only a story, it is inspired by a real little girl and a real little horse. That girl, who is not little anymore, is Alexa Kullberg. And the little white horse really is Cole.

Brian, a retired provincial court judge, first learned to love horses when he met Brenda who has lived with them all her life. Diana, their daughter, grew up with Teco, Dancer, Poco, Daisy and Spike. Later there were Niga, Tabby and Rose, and now Zoey and John Boy. Diana, her husband and their three daughters have just welcomed new pony Flicka to join the goats, rabbits, chickens and other creatures that share their home on a cattle farm near Neepawa. Brian’s articles have been published in newspapers including the Winnipeg Free Press, the Winnipeg, Toronto and Calgary Sun and in the Frontier Centre for Public Policy and C2C Journals. Diana’s drawings capture life in rural south western Manitoba. And of course they both knew Cole, the little white horse.