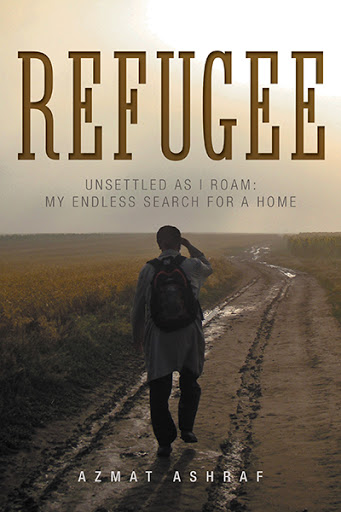 Refugee
Unsettled as I Roam: My Endless Search for a Home
by Azmat Ashraf

Following a bloody, violent struggle, in 1971 East Pakistan became the independent state of Bangladesh. Caught in the midst of this conflict were the Biharis, a Muslim minority group who originally fled the Indian state of Bihar when India was partitioned by the British in 1947.

Author Azmat Ashraf, himself a Bihari, was one year old when his family escaped India in 1953 for the relative safety of East Pakistan. Less than two decades later, after building a solid life for themselves, his family were targeted by communal violence during Bangladesh’s turbulent birth, in which most of Azmat’s family members were killed.

On the road once again, it wasn’t until 2002, nearly fifty years after his first migration, that Azmat finally completed his epic search for a home, settling in Canada with his wife and three daughters. This book is a memoir of one family’s fight for survival and to rebuild their lives following a series of unimaginable tragedies. It is a story of human resilience in the face of evil, of real love and true friendship, and an inspiration for refugees everywhere who are struggling to find a place of security and prosperity in this world.

Despite the personal tragedies that Azmat and his family have suffered, he has taken great care to provide a balanced view of the conflict of 1971 to help Pakistanis and Bangladeshis in particular and people of the subcontinent in general understand this painful part of their mutual history.

Azmat Ashraf lives in Ontario, Canada with his spouse. Their growing family in Canada includes three adult daughters, their husbands and three beloved grandchildren. A retired international banker, he is an avid reader, an extensive traveller and a student of history. He is also an eternal optimist and a firm believer in the humanity of man.