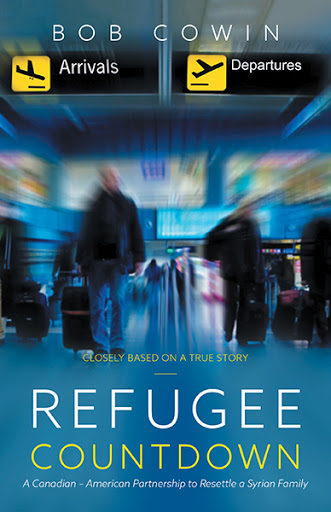 Refugee Countdown presents the questions and dilemmas ordinary people faced in deciding whether to sponsor refugees and how to go about doing so. It’s an insider’s story of what actually happened, rather than an outsider’s prescription of what is supposed to happen. It relates aspects of the refugee crisis and the church that challenge North American stereotypes.

Blocked from bringing Syrian refugees into the United States, members of a Seattle church help a family enter Canada, instead, raising enough funds to support them for a year while they learn English and a new culture. Refugee Countdown describes the project’s origin in 2016 and the evolution of a partnership with the Canadian church that became the formal refugee sponsor. It portrays the learning, waiting, and preparations over a two-year period until the family is finally cleared to leave their place of exile in Lebanon. The story is told from the perspective of the Canadian partners and ends with the family’s arrival in Vancouver. The focus is on the experiences of the sponsors, not those of the Orthodox Christian refugees.

Along with identifying the broad range of considerations in resettling refugees, Refugee Countdown touches on the numerous resources and support services available. It presents a fuller and more balanced framework for thinking about refugees than appears in much political discourse, and shares a warm story of developing friendships and bumps along the way.

The underlying theme is that refugee sponsorship should be about more than just rescuing hurting people, especially when resettlement is a mere drop in the bucket of the world’s displaced peoples. A successful sponsorship is reciprocal, enlarging the worldviews, humanity, and skill sets of the sponsors. And from the sponsors, these benefits ripple into the broader community.