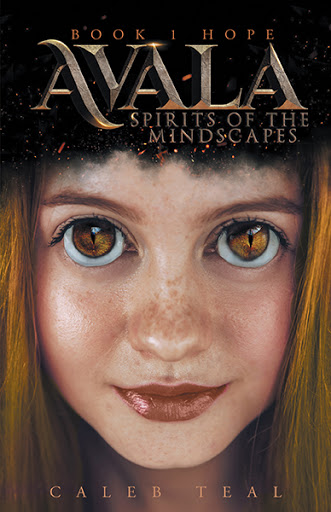 Avala: Spirits of the Mindscapes
Book 1: Hope
by Caleb Teal

Four thousand years in the future, the Republic of Earth is at war with the oppressive Yajiran Empire. Meanwhile, on a primitive world, a half-human/half-Yajiran girl named Avala learns that her people’s beliefs are lies created by the Yajirans to keep them in a primitive state, so they can rule over them. While working with the Republic of Earth’s intelligence service in a collaborative effort to free her planet from its alien overlords, she discovers she has the same psychic and body-swapping powers that the elite Yajirans, the Yajixa, possess. In the process of learning how to master these powers, she awakens a long-lost precursor race from her planet called the Echarikith, who have magical god-like powers. The Echarikith offer to help Avala in her quest to free her people, in exchange for her help in freeing them from being enslaved in the Yajixa’s mindscapes. This is the beginning of Avala’s lifelong journey to become one of the spirits of the mindscapes.

Caleb Daniel Teal has been attempting to write stories since grade three, though none of those stories have ever seen the light of day—until now. When he’s not writing, Caleb functions as the sole proprietor of Evelon II Studios, a company dedicated to writing epic stories and creating epic video games. Caleb lives in Ottawa, Ontario, with his father and three cats: Midnight (Midou), Magniffy Kitty (Niffy), and Tracer Racer (his favourite).