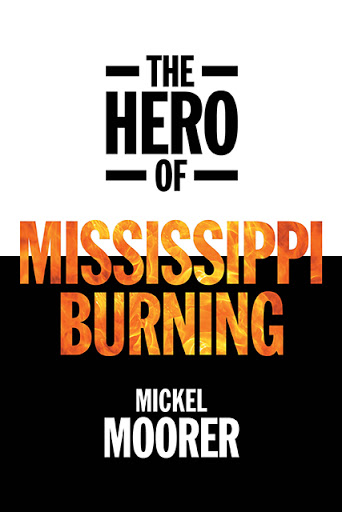 The Hero of Mississippi Burning
by Mickel Moorer

1964 was the height of the Civil Rights and Wrongs Movement, and America was in turmoil. I was eight years old and visiting the town of Philadelphia, Mississippi for a family reunion. This story is about something I have remembered from that time, when I met two men on a creek bank in Neshoba County, Mississippi on August 6, 1964. I have always remembered what they said out loud in front of me. The one with the hat said, "Judge, go up there and find out who's muddying up the water," and the tall slender man said, "You're the Lawman-you go up there and find out who’s muddying up the water." I’ve always wondered why I met two men that were a judge and a lawman.

Meanwhile, 50 years later while doing research on the Internet, I discovered information pertaining to the identity of the middle man between the FBI and the person who helped solve the mystery of the whereabouts of the three civil rights workers that went missing on June 21, 1964. He was Commander of the Mississippi Highway Safety Patrol in Meridian, Mississippi. But the identity of the local Neshoba County Citizen that helped the FBI is still unknown.

I know who is America’s unsung hero!

Mickel “Mike” Moorer, growing up in a military family contributed to his living in over two dozen places inside and a couple places outside the United States. Witnessing many different events in his life was not uncommon and Mike has an amazing episodic recall of people, names and events in his life. Mike can have a conversation with everyone he meets. These talents served him well in his career in sales and as an entrepreneur.

He recently began a quest to solve a lifelong puzzle about an event that happened when he was a child. As he diligently researched articles on-line, books, FBI reports and interviewed relevant parties, he realized he could parallel his real-life events and experiences with documented history. As a progenitor on a new path of history, his research led him to the conclusion that …

He was a witness to history.