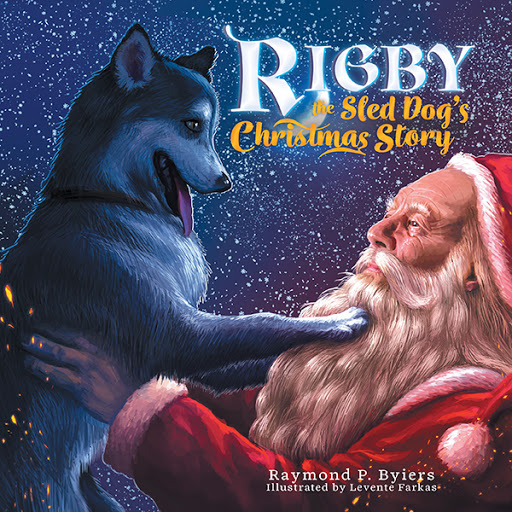 Rigby is a beautiful gentle husky sled dog who has a dream. He wants to help Santa Claus pull his magical sleigh on Christmas Eve! One Christmas, as a little puppy, Rigby saw Santa and his reindeer. But then he didn’t see them again for years.

Then, one night, he hears them . . . Santa’s jingling bells! Santa is coming, and the magic has begun! 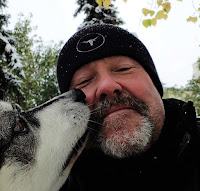 Debut children’s author Ray Byiers has five sled dogs, including one named Rigby and another named Eleanor. Ray and his wife, Rochelle, enjoy taking friends out along the trails near their home in Didsbury, Alberta. Rochelle has also raced their dog sled team, which includes Penny, Rocky, and Hubba Bubba. Their son originally had the team, but when he grew up and moved away, Ray and Rochelle adopted the team and have never looked back.

Levente Farkas is a freelance artist and graphic designer based in Budapest, Hungary. He has turned a love of drawing and painting into a successful design company, Flanddsign. He loves working with both traditional and digital tools, always trying to master new skills, learn new techniques to be able to work on a broader spectrum of projects from book covers, fantasy game characters, portraits to logos, mascots, 3d modeling, and web design.