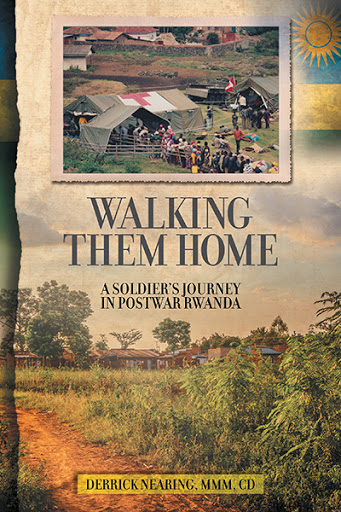 In July of 1994, Leading Seaman Derrick Nearing, a military medic, is urgently deployed to Rwanda, a country he has never heard of, sent on a mission halfway around the world that will colour the rest of his life. In the previous months, Rwanda has lost forty percent of its seven million people, either murdered or fleeing for their lives to neighboring countries to escape the Interahamwe genocide. The mission for Derrick and his fellow soldiers is simple: to help the reconnaissance team secure the ground, vehicles, and materials needed to establish a hospital facility. Once this is accomplished, 247 soldiers will join them from Canada, on a humanitarian mission to assist the people of Rwanda in the wake of the genocide. The mission, dubbed Operation Passage, will help refugees walk back from Goma, Zaire, to return to their towns, villages, farms, and cities all over Rwanda. The Canadians will set up rest, water and food points, and medical aid stations along the major highway into the country. As the Rwandans return, the Canadian men and women will come to witness the horrific aftermath of a genocide and an abysmal stain on the United Nations and the nations of the world that didn’t act when it was so desperately needed. Based on Nearing’s daily journal entries, Walking Them Home: A Soldier’s Journey to Post War Rwanda, is an intimate view of one soldier’s journey from initial optimism and excitement at being sent to help in a faraway land, to a slow descent into PTSD and depression from the nightmarish memories he cannot escape. 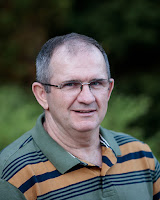 Derrick Nearing is a retired Petty Officer who served 13 years as a Field Engineer in the Primary Reserves, followed by another 22 years in the Canadian Forces Medical Branch as a Medical Technician and Physician Assistant. His military career included missions to Somalia, Rwanda and Bosnia where as a Medic, he witnessed the brutal results of war and its impact on local civilian populations. As a Physician Assistant, he would deploy to Afghanistan as medical support to front line combat troops, caring for the deadly and devastating injuries resulting from improvised explosive devices. Two decades of bearing witness to trauma and suffering saw Derrick eventually leave the military with PTSD, depression and other physical injuries. In Walking Them Home: A Soldier’s Journey in Postwar Rwanda, he attempts to share personal and intimate details from the journal he kept throughout his time deployed. His first book, Anchor of My Heart: Memories of a Cape Breton Childhood was published in 2017. He presently lives with his wife, Maureen, and their children, Hannah and Reilly, in Pembroke, Ontario.