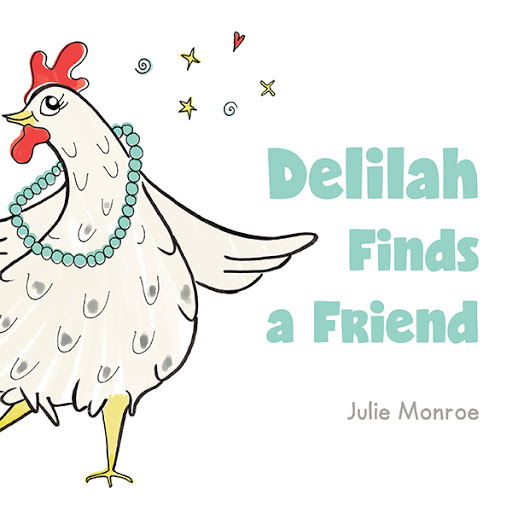 Petunia is a chicken who is struggling to make friends. Every time she approaches the popular chickens in her coop, she’s sent flying. All of the clucks in the barnyard cliques exclude this newcomer, and it makes her very sad indeed.

Then one day, Petunia meets a chicken named Delilah. Delilah has a different point of view. She tells Petunia that the cliques she’s trying to crack are being hard-shelled because they think they’re better than she is. But as it turns out, Delilah and Petunia are birds of a feather. They flock together and spend the day in giddy adventure.

Petunia doesn’t struggle in the barnyard anymore. Now, Petunia has a friend.

In her home, smack dab on thirty-five acres of land outside of Brodhead, WI, Julie A. Monroe is the caretaker of ten funny little chickens. She spends time with them every day and has gotten to know their habits and behaviors. Along the way, she noticed that a couple of the hens would always get picked on when they got close to a some of the other hens. Inspired by this pecking-order injustice, and its parallels with schoolyard bullying, Julie decided to write this book.

Julie and her husband, Steve, are both nurses. They have two grown children, Eric and Megan and, along with the chickens, they also take care of two spoiled dogs, Walter and Hank.