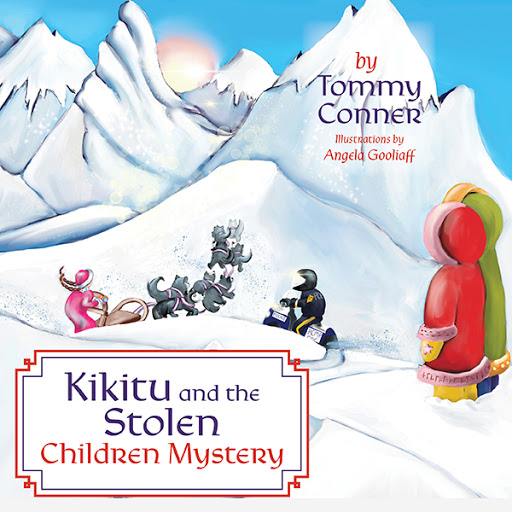 Kikitu and the Stolen Children Mystery
by Tommy Conner

Eleven-year-old Yuka and her loyal lead sled dog Kikitu are back! This time, the RCMP need their help with an investigation into eight missing children. With no clues and no leads, the RCMP are hoping Yuka can help solve a two-year-old mystery. Yuka knows the last two children who were kidnapped and has her dogs smell some of their clothing to get their scent.

With Yuka and Kikitu in the lead, the RCMP officers set out on their snowmobiles to solve the mystery. However, disaster strikes when the Officers disappear during a blizzard and Yuka is left to continue on her own, then Kikitu is injured.

This happened during an encounter with a giant animal, a mysterious Arctic creature believed to be extinct. Then Yuka disappears, stolen just like the other children! Who are these mysterious animals and why do they kidnap children and tickle them?

As Yuka struggles to communicate with the beasts, time is running out for the malnourished beings. Set in Nunavut, Canada, Kikitu and the Stolen Children Mystery is the third exciting book in the Yuka and Kikitu series.

Thomas Conner created the Yuka and Kikitu adventure series to get children interested in reading and also teach them about the beauty of the North and its people. The first book, Kikitu Saves Christmas, was followed by an exciting second book Kikitu and the Secrets of Waruk's Lair. Kikitu and the Stolen Children Mystery is the third book in the series.

Thomas was born in Scotland, but moved to Canada to work as an engineer. He is now retired and lives in Calgary, Alberta, where he spends much of his time writing. In addition to his Yuka and Kikitu books, Thomas has also published two science fiction books for adults: Retrogress and Rebirth.