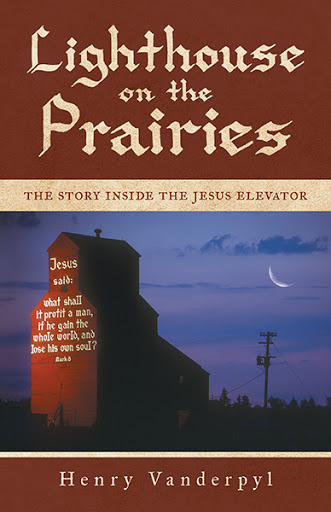 There is very little information about the Jesus Elevator on the internet. Somehow, even Wikipedia missed it. In this book, you are going to learn about Hartley Somerville, a prairie born-again farmer who purchased a 75 foot tall grain elevator in Ellerslie, Alberta, moved it onto his farmstead and, in 1965, repurposed it into the biggest scripture sign Canada has ever seen. Fourteen years later, with the help of a few volunteers, Henry Vanderpyl undertook the task of renovating the elevator with a new verse. For twenty-four years, its endless message steered travelers—far and wide—alongside the Queen Elizabeth II highway at the south entrance to Edmonton: the Gateway to the North.

Sometimes, God calls people to do big things. For Henry, big things done with calligraphy became his calling unto God.

In this book you will learn about a farmer named Hartley Somerville, who purchased a full-sized Alberta Wheat Pool Grain Elevator, moved it onto his farmstead, and painted a scripture verse on it in 1965. In 1979, Henry Vanderpyl, with the help of some volunteers, re-painted the grain elevator with a new scripture verse. The grain elevator was an important landmark with a message for Canadians. There is very little information on this Landmark Jesus Elevator, but this book provides a good overview.

Henry used calligraphy to present readability and visual appeal to the reader, since it was a very important and strategic landmark message located at the south entrance to the City of Edmonton, The Gateway to the North. That sign was likely the largest scripture message sign ever painted in Canada during its lifespan of 24 years.

Other unique Projects are described in this true story, true life events, and How a Calligraphy Hobby Became Part of the Landmark Grain Elevator Legacy. (Oh, he defines the important aspects of 'Legacy' too). 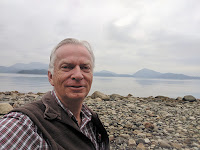 Henry Vanderpyl was born in the Netherlands and raised in Alberta. While still in his teens, he discovered that he loved practicing "Olde English" lettering. He created his own style over time and, after accepting Jesus in his life and being born again, he turned his talents to writing Bible verses and creating banners and posters to spread the Good News.

Although Henry's wife, Mary Anne, passed away in 2017, he is very thankful for the almost 40 years of marriage they had together, raising six wonderful children. Life has its good and bad times, but you gain spiritual strength through reading and studying the Bible scriptures. You don't necessarily recognize the extent of what Jesus has done in your life until you start to write about it. Henry still lives in Alberta, and continues to use his calligraphy talents to share Bible scriptures.