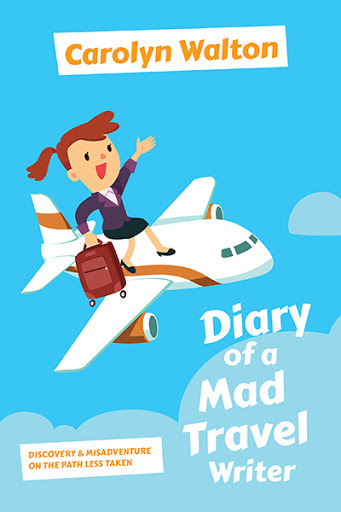 When Carolyn Walton, journalist and mother of four, pitched her first travel story to the Ottawa Citizen in 1984, recounting her adventures in Rio de Janeiro, little did she realize that she was about to embark on a remarkable career that would span the globe--taking her from the jungles of the Amazon to palaces in St. Petersburg, on a pilgrimage in France to ports on the Caribbean, Baltic, Mediterranean, Ionian and Tyrrhenian seas, the Adriatic, North and South Pacific oceans. Prepare to be enlightened and entertained as you tread the path less taken to swim with deadly stingrays in Tahiti, kayak among bulbous- headed belugas in Hudson Bay or deep-sea dive through schools of phosphorescent groupers off Andros Island in the Bahamas. Lapland finds her a guest of the colourful Sami people, dining high above the Arctic Circle on smoked reindeer meat or drinking boiled billy tea by the billabong in Australia’s Outback and truffle hunting in Italy or learning to cook per gli stuzzicini from a famed Italian chef in la cucina of a 1000-year-old castello in Tuscany.

The old adage: “Half the fun is getting there” just doesn’t compute when Carolyn’s much anticipated flight to Paris is politically- interrupted or a transfer to the wrong boat in the South Pacific leaves her abandoned on a Fijian island!

This collection of tales and misadventures takes the travel lover on an engaging and often humorous journey to the heart of some sixty bucket list destinations around the globe. 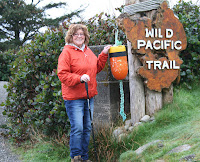 A silver-medallist, Carolyn was a member of the second graduating class in Journalism from the Ryerson Institute of Technology in 1953. She was one of the first female reporters hired by the Toronto Star to cover the police beat, magistrate's and family courts in the old city hall plus high courts in Osgoode Hall. She also worked as Women’s Editor of the Weston Times & Guide and Associate Editor of Furniture & Furnishings Magazine before marrying and moving to Eastern Ontario in 1955 where she raised four daughters.

Hired by the Ottawa Citizen in 1981, Carolyn reported on news and lifestyles in the Ottawa Valley. As a freelance journalist, she was the recipient of an award for Outstanding Investigative Reporting in Canada given by The Centre for Investigative Journalism for her 1986 environmental exposé in Harrowsmith Magazine. She has been honoured with numerous international awards from the North American Travel Journalist Association for her stories and photos in Good Times Magazine.

Carolyn presently enjoys island life with her husband in Courtenay BC where she continues to travel and publish two blogs: Vancouver Island Paradise and Travellin' with Carolyn.