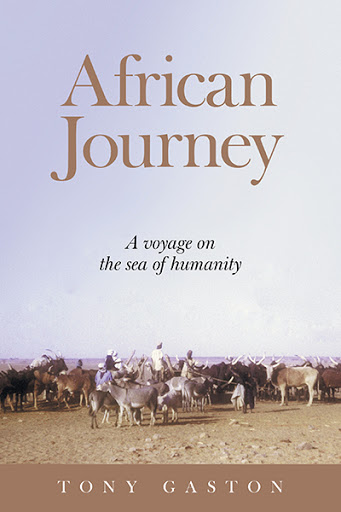 Fresh out of university in 1968, Tony Gaston set out to explore for birds in the Ahaggar Mountains of the central Sahara. Without a map or compass, he continued south to Niger and westwards to Liberia and Sierra Leone, traveling on trucks and buses and on foot through countries just emerging from colonialism. He carried little more than a sleeping bag, a teapot, and a pair of binoculars to pursue his passion for birdwatching, and relied on his wits and the kindness of strangers to help him along. He encountered many extraordinary people on the way, including Peace Corps volunteers and missionaries, policemen and prostitutes, barkeepers and beggars, whose stories mix with his own and give shape to his adventures.

On the fiftieth anniversary of his trip, Tony casts a quizzical gaze on the past and its characters, forming a reminiscence of youth in the gentler era of the 1960s. Drawing from his memory and written records, this tale explores the nature of recollection in later life and the fluid association between wealth and well-being.

"Why did you have to be so stupid?" (my ex-girlfriend)

"You are an idiot, but you have other, redeeming qualities" (my late wife)

Tony Gaston is an author and ornithologist living in Ottawa, Canada. He has published several articles on natural history, as well as over two hundred scientific papers and reports. He is the author of five books: The Ancient Murrelet (1992), The Auks: Alcidae (1998), Seabirds: a Natural History (2004), Birds of Nunavut (2018), and The Great Himalayan National Park: The Struggle to Save the Western Himalayas (2019).