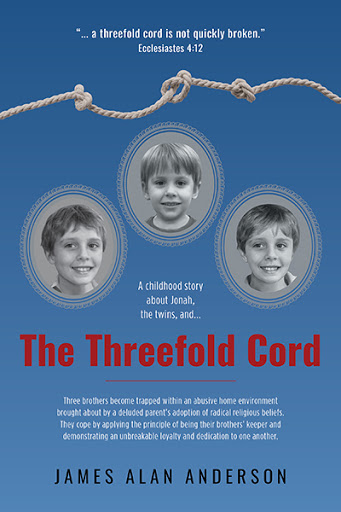 Despite an indifferent father and a mother who develops a serious mood disorder, young twins Kevin and Robert, and their younger brother Jonah, experience an idyllic early life in rural Manitoba during the 1950s while in the loving care of their grandparents. However, that life comes to an abrupt end after their father converts to the esoteric beliefs of the Radio Church of God, a radical fundamentalist sect that preaches strict discipline in preparation for an anticipated end time worldwide cataclysm. Forced to move back home to live with their parents, the boys are victimized by their father’s extreme religious fanaticism, which for the twins, includes indoctrination sessions, beatings, and confinement in a basement coal cellar.

Rather than giving in to their father’s brutality and brainwashing efforts, the twins remain strong and find clever ways to survive their circumstances and even thrive within them. Determined to be their younger brother’s keeper, the twins and Jonah form an unbreakable bond – a proverbial threefold cord. It is a bond of mutual support for one another that enables them to better cope with their father’s abusive and controlling behaviour.

Although fictional, The Threefold Cord explores many of the real-life beliefs and practices of the Radio Church of God and deftly examines the grey area between a cult and a religion, between discipline and abuse, and asks what it takes for a person to decide where those lines should be drawn.

JAMES ANDERSON is a retired professional engineer, who was involved in tele-communications for over thirty years. He and his wife, Julie, live in Winnipeg, Manitoba. They have three adult children and three grandchildren. An avid amateur radio operator and electronics hobbyist, Anderson turned to writing later in life. He credits this, in part, to his experience as a former member of the Worldwide Church of God (previously known as the Radio Church of God, which is featured in The Threefold Cord).

Anderson says, “I turned to writing to express my frustrations as to how my family and I had been exploited and lied to by that church organization, as well as how the church victimized, abused, and impoverished so many others. Although I am an ardent fan of non-fiction, writing fiction has been where my writing activities have been the most prolific.”The Threefold Cord is Anderson’s first book and also the first instalment of a story series that explores how children are adversely affected by parents who are willing to follow extreme fundamentalist doctrines.