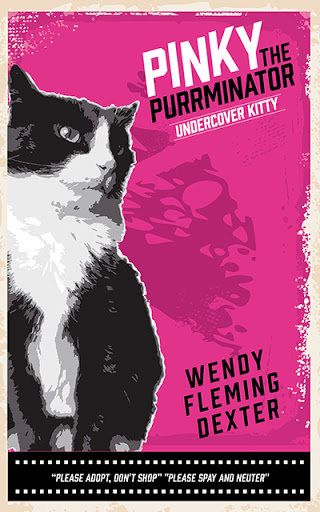 Pinky, the Purrminator shares her rescue story from the perspective of a displaced cat on the “inside”. She soon realizes that the life of a rescue animal is scary and sometimes hopeless. Yes, they have food and shelter, which is better than living on the street, but Pinky firmly believes that she and her fellow canine and feline friends deserve better. After hearing the game show, The Price is Right on the TV in the rescue where Pinky is being held, she begins to formulate a cunning plan. She vows that if she ever finds a forever home, she will do her very best to become a voice for rescue cats and dogs everywhere.

In time she finds a loving forever home and is determined to set her plan in motion. Pinky has but one item on her bucket list and she is desperate to make it happen. She enlists the help of several neighborhood Amish cats and the various inside and outside cats (and dogs) in the household.

The Purrminator, proves to be a powerful leader, but getting her rag-tag group of friends to understand and execute her ideas is at times an overwhelming task. Pinky and her companions find themselves on a wild roller coaster ride full of amazing, and at times frightening twists and turns. She repeatedly meets obstacles and often feels defeated, but she never forgets the other rescue animals that she vowed to help.

The other animals under Pinky’s guidance quickly learn to never underestimate the Purrminator. She is stubborn and tenacious with fierce determination. With perseverance and persistence, mixed in with luck and a bit of serendipity, she is so close to marking off that one item and fulfilling her lifelong dream.

But just as Pinky is about to savor experiencing her dream trip to meet her idol, Drew Carey, will fate intervene and derail it all? 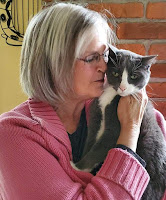 Wendy Fleming Dexter lives in central Illinois with her five cats. A lifelong animal lover, she began to volunteer at a rescue after losing her job in 2009. Seeing the fear and wariness in the many animals that came through the rescue opened her eyes to the difficulties that the cats and dogs endure. The surrendered pets were the hardest to see because their sad eyes bore the wounds of being abandoned. Dexter decided to use her escapades with Pinky to try to educate people about the importance of spaying/neutering and adopting not shopping.

In 2018 an estimated 1.5 million domestic animals were euthanized in the United States. Untold millions of animals are abandoned in rural areas and left to fend for themselves, while others are used as bait in dog fighting. In telling Pinky’s story, Dexter hopes to change hearts and minds.