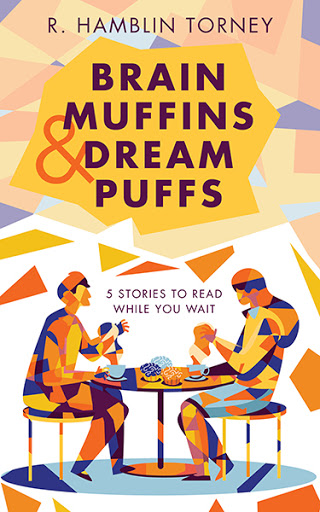 When I was young, my mother used to read bedtime stories to me, such as: Last of the Mohicans, the Deerslayer, Kidnapped, Treasure Island, Mody Dick, and my all-time favorite, - The Red Badge of Courage. “When God Whistled Dixie” is officially my tribute to Stephen Crane. He definitely inspired me! So has George Orwell, C.S. Lewis, Pierre Burton, and Michael Shaara. It’s more than that though. I wrote it for my mother, to thank her for reading to me. It was such a joy to write that I never wanted it to end.

I served briefly on the largest municipal police force in Canada, straight out of highschool. I wasn’t ready, emotionally, to handle the things I was exposed to, and the career did not last. It should have. “Bringing Home The Bacon” is based on my own experience, but with things changed, just a little. I may not have had a long career in blue, but I saw, and experienced a lot in the brief time that I served, and there will be more stories, God willing, in future volumes of Brain Muffins, based on my police experiences.

The last story, “The Secret Keeper,” is for my grandson. My son grew up loving comic book superheroes. He also likes horror stories. Neither genre was ever a favorite of mine, but if I was only writing for me, there would be no need to write anything down, since I’ll have read it as I wrote it. God willing, I will continue writing Brain Muffins, and in future there will be more episodes to the story that begins here.

This is my first attempt at writing a book. I’ve written it in tribute to those people who made me want to write my own stories. The Bible also tells us to “give honour to whom honour is due.”

My father served in WWII as the navigator aboard a radar-equipped Mosquito based out of Aberdeen. His older brother flew a spitfire in Douglas Bader’s squadron out of Tangmere. “Daddy’s Death Ray” is about their cousin, Douglas Paul, who I heard much about, but never met. He was a cousin who lived with them as a brother for much of his life, but was killed in the war, before I was born. Doug was the only member of my family to be killed in the war. After coming home, my father became a teacher who would become head of academics at a vocational school in Scarborough. After he retired, he toured the schools of Toronto, as a member of the Royal Canadian Legion, sharing his memories of the war. “Sparkle” is based on an incident he talked about often. I have elaborated on both those stories to fictionalize them, and add a little colour. He told other stories too, and I plan to use them as well, to honour my father.