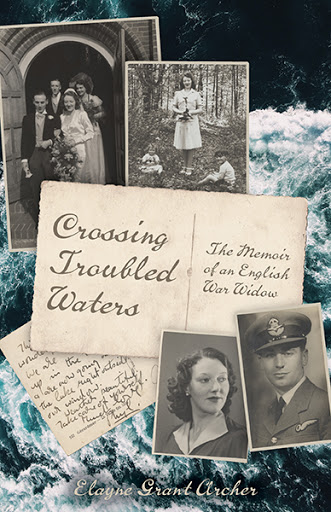 "It has taken three years since my husband was killed in active service for me to get back to normal—or as normal as one can expect to be when the entire pattern of one’s life has been changed, and new threads have to be woven into a different design."

These are the brave, wise words of Phyllis Grant Archer, a war widow, Canadian immigrant, and feminist before her time. Born in London in 1911, Phyllis led an exciting life, overcoming the challenges of a tumultuous childhood, discrimination as a working woman in the 1930s, the birth of her son during the Blitz, and the death of her husband in the war, just after the birth of her daughter. Seeking to start anew, Phyllis took her children to Toronto in 1944. Once there, however, she often faced hostility as a single, working mother and immigrant. She struggled to find safe and affordable housing and childcare and to balance her roles as breadwinner and caregiver. But this is not a misery memoir. Ultimately, the memoirist and her small family survive and thrive through a combination of “just getting on with it,” as well as wit, humour, and the solace of literature.

The memoirist’s daughter, Elayne Archer, has edited and annotated Crossing Troubled Waters. Elayne’s “afterthoughts” at the end of each chapter put the memoir into perspective, observing not only Phyllis’ personal growth but also the shifting political and social landscape in terms of women’s roles and parenting standards. The result is an unforgettable story about resilience and forging ahead in the face of hardship.

Elayne Archer was born in London, England, raised in Toronto, Canada, and educated at Radcliffe College in Cambridge, Massachusetts and Columbia University in New York City. She worked for thirty-five years as an English teacher and editor. She lives in Brooklyn, NY with her husband, Clifford Rosenthal.