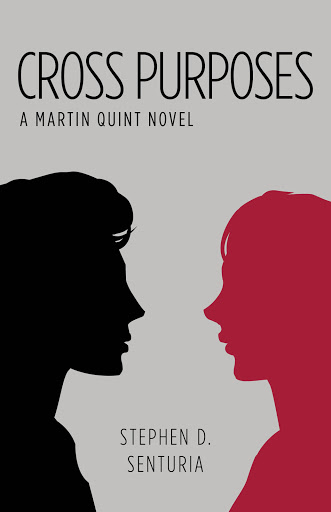 A Marriage at Cross Purposes

Professor Martin Quint has moved from a major university to a small college. He has an important book to write. But he is pressured by the college to help develop a new school of engineering and entrepreneurship and pushed by a visiting professor from Oxford University to completely redesign his teaching mode. Meanwhile, his wife’s new business draws her away from child care. Conflicts over time and money erupt just when a shocking revelation from Martin’s past threatens to careen everything out of control. Cross Purposes provides an eye-opening look at the realities of academic life, but at its heart, it’s about a marriage at cross purposes, about trust and betrayal, anger and forgiveness.

Praise for One Man’s Purpose

“If you want an entertaining and accurate picture of what it's like to be on the faculty of a high powered research university, read this book. … I hope protagonist Martin Quint makes a return in a sequel. He's a likable main character who deserves some more space in which to romp.” -- Ora Smith, Academic Executive Recruiter

“Who would have thought that a tenure case can make a page-turner?”-- Sam Gutmann, Northeastern University, Emeritus

Stephen D. Senturia spent 36 years as a Professor of Electrical Engineering at the Massachusetts Institute of Technology and is the author of three prominent textbooks, several hundred scientific papers, and several dozen patents. He was elected to the National Academy of Engineering in 2003. Since retiring from his life in high technology, he has been an active member of the Harvard Institute for Learning in Retirement, leading seminars on subjects as diverse as the physics of musical instruments, the geology of the Colorado Plateau, and the craft of fiction. His first novel, One Man’s Purpose, was published in 2015. In Cross Purposes, he follows Martin Quint and his wife Jenny into the next phase of their marriage.