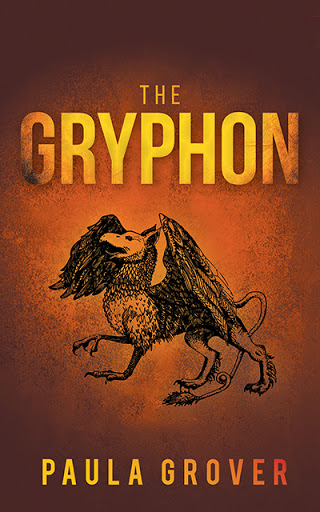 The Gryphon
by Paula Grover

Born to be the next queen of the gryphons, Sunsky of the Mountains sees her whole life ahead of her but conforming to her role is another story.

Although she considers taking the mighty Dreamspinner as her official king, she shuns the expectations set upon her and strikes out to find her own path. She soon finds herself falling into a forbidden relationship with a beautiful, black winged horse named Nightsky. The hippogryph baby that is the result of their love is considered an enemy of the gryphons and will be hated and shunned by the gryphonic tribes.

After putting family before duty, she is forced to leave her home in the mountains and live with her offspring in the Valley of Outcasts. In her place, the evil Talona seizes the crown and enforces a new order of repression and violence, not only on her gryphon subjects but on the hippogryphs and other subordinate creatures as well.

With her family and friends enslaved, imprisoned, or killed, hope for the future begins to fade. Now, Sunsky must answer the call of destiny to return from exile, retake her queendom and unite her fractured nation before it is too late.

Paula Grover began writing fantasy stories as a child and has continued throughout her life to create new worlds and quirky characters, many of which she has published on various internet fiction sites. In 2013, a poem called “The Gryphon” arrived at the doorstep of her mind, asking to be written as a story and shared with fantasy lovers both young and old. She has been developing the story over a span of five years. In 2015, Paula also co-authored a volume of poetry with her mother Ione, entitled “Beyond the Open Door”. When not writing poetry and fantasy stories Paula is also a caregiver who makes her home in St. Marys, Ontario. She lives in a seniors’ residence as a “junior senior”, sharing her apartment with her cat, Soraya.