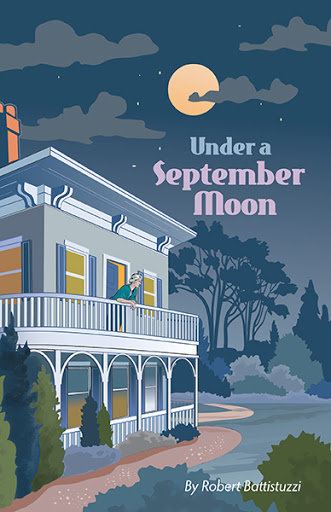 Under A September Moon
by Robert Battistuzzi

Ominous news from a phone call unites Bobby, Randy, Gerry and Art who are now in their early thirties. At this time of life family and careers are their main responsibilities, although Randy is still single, however he is in a relationship. They have already dealt with significant complications and have provided support to each other through the passing years.

At the same time, the interaction with new people has introduced an intriguing mystery which takes them on a new journey. However, the pursuit to uncover this dark secret could have negative effects on some of their relationships. Decisions have to be made about whether or not to continue with the investigation or to leave the past as is.

Since all but Randy no longer live in their home town of Wattinger, some travelling is required for their reunions which now limits their ability to get together due to the new requirements of family life.

As part of their reunion they meet in Wattinger to connect with family and friends, For Bobby, it's a time to reestablish a relationship with his father that had deteriorated during his years as a teen.

The crisis with the mystery had surprising revelations for numerous people who were affected by it. 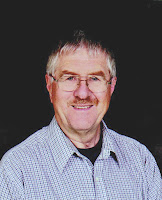 Under A September Moon is the final story of the trilogy that started with The Boys From North Dakota and The Boys Of '63. The first two stories were a blend of fiction and fact about Randy, Gerry, Art and me in our teen years where our friendships bonded us together. I felt that carrying this relationship forward into our adult lives would be a good way to end the trilogy.

In order to insert some intrigue to their reunions at this stage of their lives I added a mystery, a new challenge for me as a writer.

Our group has kept in touch over the years, but because of these books I have published, we had a group reunion in Winnipeg two years ago at a Drive In restaurant where we had hung out in those early years. An unexpected bonus for us all.