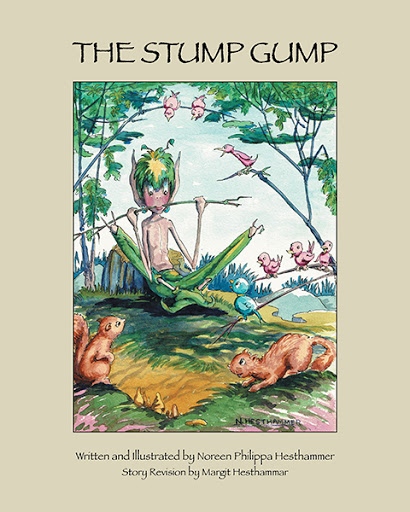 The Stump Gump
by Noreen Philippa Hesthammer and Margit Hesthammar

Mother Nature honours a decaying stump for being a kind, inclusive host to a wide variety of lives. With the help of some rain and sun, a few trees and a good fairy, she transforms the stump into an elf called the Stump Gump. The Gump is warmly welcomed by everyone in his forest home. As he gets to know his neighbours, he meets bears and rabbits, birds and squirrels and bees—but no one who is quite like him. When he decides to search for another Stump Gump, his friend Bluebird directs him to “the pond on the hill by the red cedar stump,” where he has a life-changing experience. In a magical moment we couldn’t possibly spoil for the reader, his feeling of being separate is transformed into a feeling of belonging. 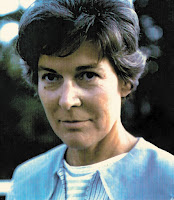 Noreen ‘Pip’ Hesthammer was born in North Vancouver, British Columbia, where she lived for most of her life. The forests depicted in ‘The Stump Gump’ are strongly reminiscent of the landscape she loved and knew intimately. Noreen’s early watercolours were whimsical and endearing and she created many other characters beside the Stump Gump. Though her family grew up with all of them, only the Stump Gump story was recorded.

Noreen and her husband, Ingolv Hesthammer, met and were married in the early 1940s. They had three children—Nordis, Margit and Jeff. Margit has revised the text and rewritten the ending of ‘The Stump Gump,’ while doing her best to maintain the original spirit of the story.