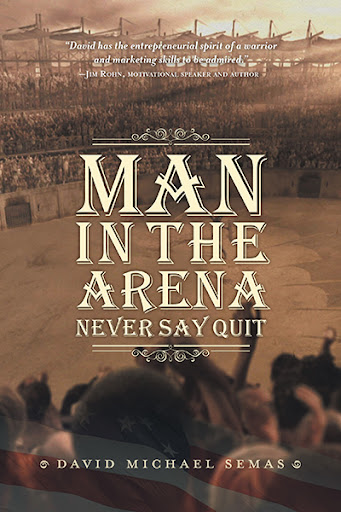 Throughout his half-century career, self-made businessman David Semas has drawn inspiration from President Theodore Roosevelt’s famous speech on “The Man in the Arena” in 1910, which was about daring to risk everything rather than playing it safe. In the real world, roughly a third of businesses will implode within two years, and half won’t make it past five years. But statistics can’t tell the full story. This memoir provides a detailed road map of trials, challenges, and pitfalls while building a business and offers everyone from budding entrepreneurs to seasoned executives a case history of achievement and failure as well as risk and reward.

The life lessons and inspirational quotes throughout the book deliver powerful and enlightening messages about nurturing hopes and dreams, dealing with mistakes, facing problems head-on, and living life to the fullest. Semas’s story is one of both triumph and despair, and it is sure to help inspire tomorrow’s success stories. David writes to edify his readers, who, he hopes, can glean a few useful lessons from his lifetime of adventures and challenges, which has fueled his quest to live in the arena, where life plays out on a grand scale.

"Drawing inspiration from the life of Theodore Roosevelt, whom it renders an idol, the book places Semas’s adventures into similar context. They include experiences of hunting, of rodeos, in the military, and of possible covert activities, experienced across seventy-three years of surprises. They are shared with the campfire gusto of a storyteller who’s been honing his tales and who knows what he wants to say. Their tone is authoritative and enthusiastic, and they feature short missives of inspiration original poetry, and an almost uncanny recall of details, dates, and conversations." 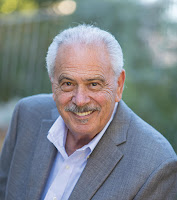 David Semas has been a self-made businessman and entrepreneur for a half century. He grew up in Santa Clara, California, then a sleepy blue-collar town of 12,000. Despite never earning a college degree, he rose through the ranks of the construction business becoming a vice president of a national home building firm at twenty-three. At thirty, he was a divisional executive vice president of a Fortune 500 company. At forty-four he founded and became, Chairman and CEO of a green chemical company partnered with the United States Navy. His entrepreneurial spirit inspired him to travel the world and meet with the rich and powerful, CEOs, business icons, politicians, entertainers, and celebrities. He and his wife Susan live in Southern California.