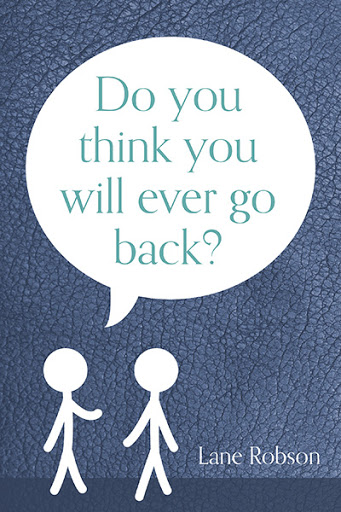 Do You Think You Will Ever Go Back?
by Lane Robson

From hikers encountering grizzly bears to doctors in makeshift Haitian hospitals, the characters in Do You Think You’ll Ever Go Back? are full of curiosity and persistence.

Many of these stories follow doctors at various points in their careers, offering a glimpse into tensions and personal dynamics of medical professionals, especially in life-or-death situations. As the sole practitioner in a remote First Nations community, an inexperienced resident finds himself in a tense and life-threatening situation when he accompanies an unconscious man being airlifted to Winnipeg; a doctor tries to save an elderly woman’s life while her husband looks on, and later questions his profession’s fixation with saving lives at all costs; when a doctor practicing in the United Arab Emirates is summoned to attended to a young sheikh, he tries to navigate the demanding culture and privilege of a private medical system.

At times, these stories are as piercing as they are compassionate. A man is attacked in a laundromat and realizes the system has failed both him and his attacker; volunteering for bird banding in the wilderness, an enthusiastic birder joins a reclusive stranger in the bush and witnesses the steady decline of a man in withdrawal; a man attends to his dying aunt and discovers the various forms of denial and grief in his family.

With nearly fifty stories, this collection strives to understand human nature. Do You Think You’ll Ever Go Back? is as generous as it is thoughtful—a must-read for anyone interested in the subtleties of the human condition.

Lane Robson is a nature enthusiast and a physician with four decades of experience. He has written four books, including historical fiction, The Prophecy, and a nature adventure, Shasta and Her Cubs. He was awarded the Geldert Medal in 2011 for best articles in The Canadian Philatelist. He is a proud father and grandfather, and lives in Calgary, Alberta.