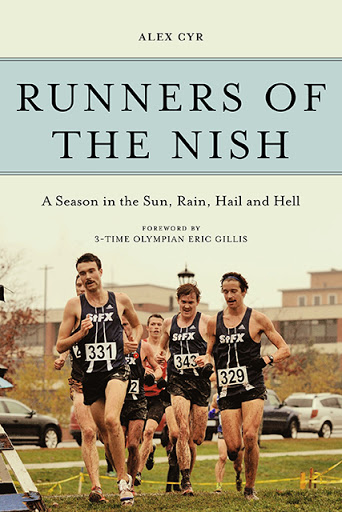 Runners of the Nish
A Season in the Sun, Rain, Hail and Hell by Alex Cyr

In the late summer of 2016, the X-Men gather at St. Francis Xavier University. From talented but inexperienced seventeen-year-olds, to elite fourth and fifth- year medal holders, revered Coach Bernie Chisholm has assembled a team of cross country runners determined to become the first in St. FX history to win a national championship. But college is college, and there are also parties to survive, video games to triumph in, and running jokes that will cost more than one X-Man a chunk or two of an eyebrow. Over the next three months, focus intensifies and the X-Men punish their bodies in the pursuit of precious fitness gains, redeemable only on the Plains of Abraham on judgment day, the Canadian Nationals: November 12th. As challenges continue to mount, the runners of St. FX endure grueling practices, time trials, and cuts to determine which seven men will represent the team at nationals. Competition creates a power struggle between the runners – and best friends – that threatens to undermine the strength of the team. Meanwhile, other obstacles inherent to intense, college-level distance running continue to mount; injury, burnout, and the perhaps impossible balancing of athletics, social life, and academics. From the vivid perspective of someone who lived it in all its exhausting, exhilarating, and sometimes crushing ups and downs, Runners of the Nish explores how a group of disparate young men learn to use a common goal to become the most powerful versions of themselves on the cross-country course and beyond. And through it all, the question looms larger and larger, will any of it be enough for the St. FX Blue and White to find glory on the Plains of Abraham? 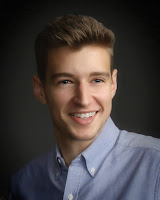 A four-year veteran of the St. FX X-men, Alex Cyr holds multiple Prince Edward Island track and field running records and is a track and field champion in the 1500m in the Atlantic University Sports conference. Alex created a running blog for the website www.trackie.com and has written for Canadian Running Magazine. He currently writes with WELLEstories. At present, he lives in an apartment low in area but high in character located at the heart of Windsor, Ontario – with two other running nerds – where used shoes, posters of Steve Prefontaine, and boxes of Shreddies are ubiquitous. This is his first book.